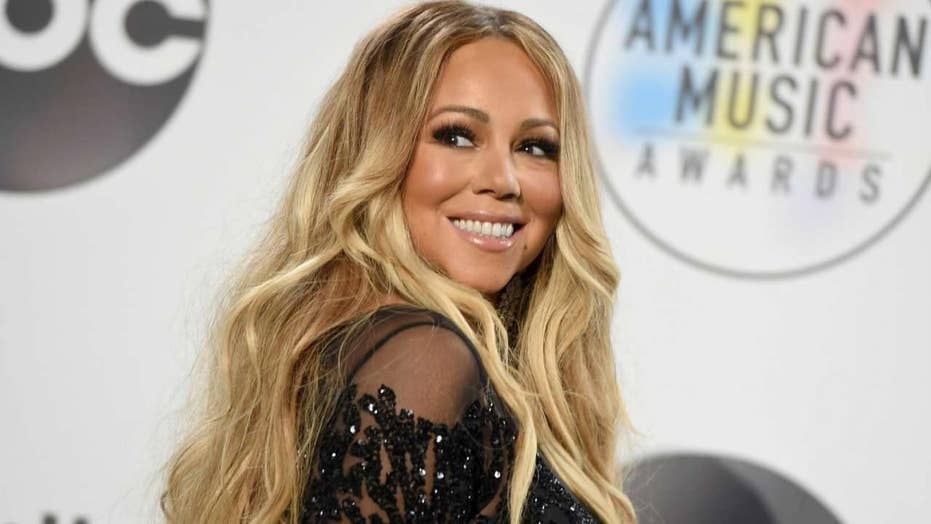 Mariah Carey has something to be thankful for this holiday season.

The Grammy-winning musician, 49, just broke three Guinness World Records with her iconic Christmas song "All I Want for Christmas Is You."

The 1994 hit tune broke the record for the highest-charting holiday song on the Billboard US Hot 100 by a solo artist; the most streamed track on Spotify in 24 hours (female); and the most weeks in the U.K. singles Top 10 chart for a Christmas song, according a press release from Guinness.

On Saturday, Carey was presented with copies of her world records during her show at The Colosseum at Caesars Palace in Las Vegas.

"Thank you so much Guinness World Records for honoring me with three records in the 2020 book! Michael from @guinnessworldrecords presented me with a certificate on stage, so naturally, I asked him to join us for the #AllIWantForChristmasIsYou finale!" she wrote on social media.

MARIAH CAREY OPENS UP ABOUT HER FIRST MARRIAGE: 'IT WAS ALMOST LIKE BEING A PRISONER'

Her kids, 8-year-old twins Monroe and Moroccan, joined her on stage to celebrate.

The pop diva spoke to USA Today recently about the success of the beloved song.

"I really started with thinking, 'What are all the things I think about at Christmas?' Lights, presents, stockings, fireplaces," Carey explained. "I've always loved Christmas so much my entire life, but I grew up not having a lot of money and not being able to experience it like the other kids did," she said.

"I wanted Christmas to be perfect, but for a lot of different reasons, it didn't always end up working out well, coming from such a dysfunctional family," she added. "So I think when I wrote it, I just put every ounce of longing for that perfect moment in it."