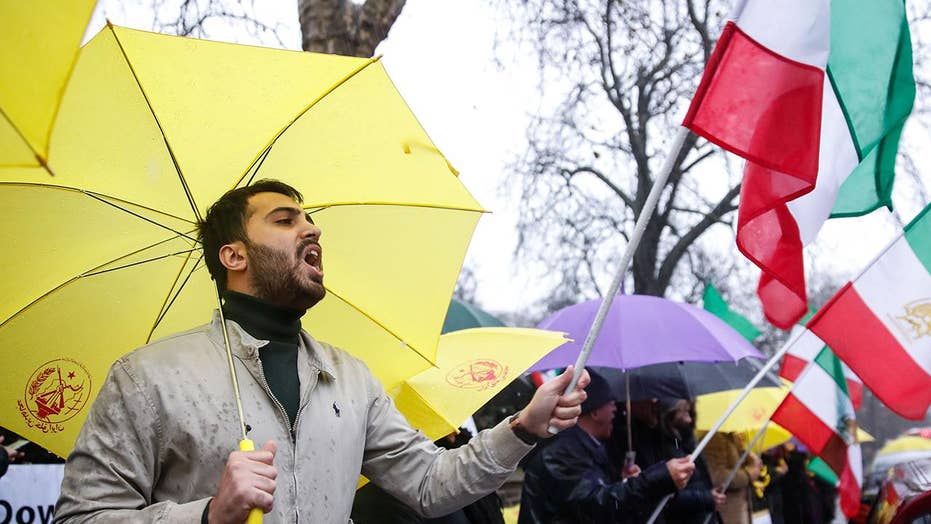 Iran protests: What you need to know

What started as economic demonstrations have transformed into deadly anti-government protests across Iran. A round-up of what happened and how leaders are reacting to the chaos.

The New York Times says the recent deadly protests that exploded in Iran have not led the company to cancel any of its $8,000 tours of the terror-sponsoring rogue nation being offered this year, conferring the prestige of the paper on wealthy customers — as the paper seeks to find new sources of revenue.

At least 21 people have died and hundreds of others have been arrested in the demonstrations, which have erupted in several cities and are the largest since those that followed the disputed 2009 presidential election.

Despite the bloodshed, the first Times Journeys excursion to Iran of 2018 is scheduled to take place between March 5 and March 17. The cost: as low as $7,895 -- but not including airfare.

How should the US handle the unrest in Iran?

"Though Iran often rejects Western ways and is frequently under fire for its positions on human rights, its nuclear program and Israel, its role as a birthplace of civilization cannot be denied," reads the introductory text on the tour's website.

The tours, which began in 2015, have stirred criticism among some Iran watchers who accuse the paper -- and journalists who take part in the tours -- of collaborating with the Tehran regime in a moneymaking venture.

"[S]uch voyages to Iran would be impossible absent approval from high-level figures in the host country’s government," James Kirchick wrote in Foreign Policy in December 2015. "Luxury tours of this sort bring much-needed revenue to the country. And since they are operated by America’s newspaper of record, they also provide a stamp of legitimacy to a regime most Americans rightly loathe."

White House keeps up the pressure on Iran amid protests

President Trump is prepared to impose new sanctions on Tehran if the regime cracks down on the uprising; Kevin Corke has the roundup for 'Special Report.'

"The safety of our travelers is our primary concern and we continue to monitor the situation in real time through contact with diplomatic representatives and security firms on the ground in Iran," a Times spokesperson told Fox News in an emailed statement. "If we can't guarantee the security of travelers, we will cancel any given trip."

Times spokeswoman Eileen Murphy told Kirchick in 2015 that the trips "in no way represent an endorsement by The Times and have no impact on our news coverage. Instead, the trips reflect the broad range of interests of our readers."

"Nonetheless," Kirchick wrote in response, "it stands to reason that the Times would jeopardize its newfound business relationship with Iran if Tehran no longer approved of the paper’s coverage."

Fiery new clashes break out in Iran after days of protests

More than 20 dead, nearly 1,000 arrested over the demonstrations; Iraq combat veteran sounds off on 'The Story.'

The Times spokesperson did not respond to other emailed questions from Fox News, including whether the company had been in contact with Iranian officials to discuss any aspect of the tour and whether any suppliers the company contracted with had ties to the Iranian government.

The Times trips to Iran also go against the advice of the State Department. In a revised travel warning issued this past August, the department said U.S. citizens "should very carefully weigh the risks of and consider postponing planned travel to Iran."