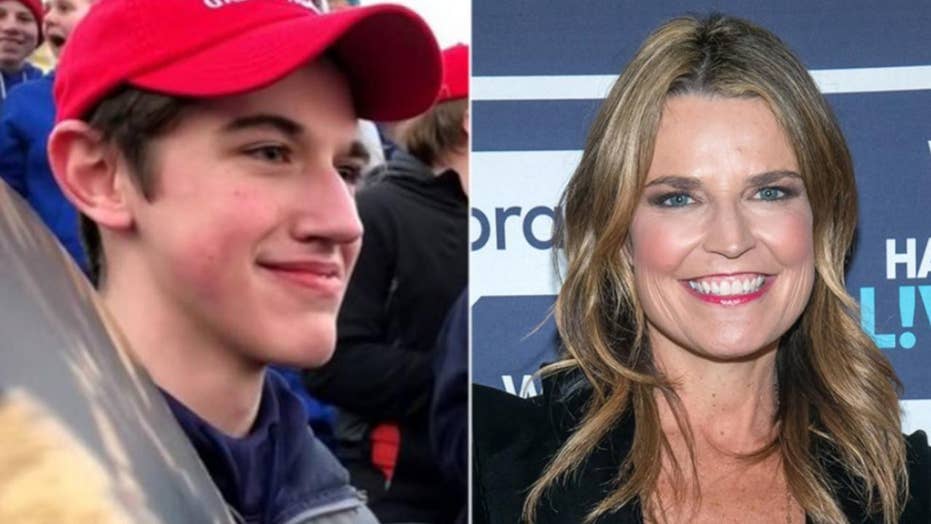 NBC 'Today' co-host Savannah Guthrie didn’t make many new fans on Wednesday during her interview with Covington Catholic High School student Nicholas Sandmann as critics on both sides of the aisle have complained about the polarizing sit down.

NBC “Today” co-host Savannah Guthrie didn’t make many new fans on Wednesday during her interview with Covington Catholic High School student Nicholas Sandmann as critics on both sides of the aisle have complained about the polarizing sit down.

Sandmann and his classmates were vilified on social media for harassing a Native American man until additional footage proved the MAGA-hat wearing kids weren’t the aggressors. The aftermath has resulted in a national story that has dominated the news cycle – with some critics backtracking their original criticisms of the students while others have doubled down.

Sandmann met with Guthrie to discuss the situation, but it appears some viewers feel Guthrie pushed too hard, while others are outraged that Sandmann was given a platform at all.

The anger from the left started before the interview even aired when Guthrie announced the exclusive via Twitter on Tuesday. She was quickly condemned by thousands as her tweet received over 44,000 comments compared to only 2,300 retweets – which is an example of what the kids call being “ratioed.”

Author John Pavlovitz told the NBC News host that she should be “ashamed of herself,” while actor John Wesley Shipp accused Guthrie of “propagating this whitewash.” Bishop Talbert Swan sarcastically asked for the link to “Today” show interviews with the parents of “black boys” who have been killed by police.

These examples are a small fraction of the hate she received for simply announcing the interview, and things didn't get much better for Guthrie after the interview aired. 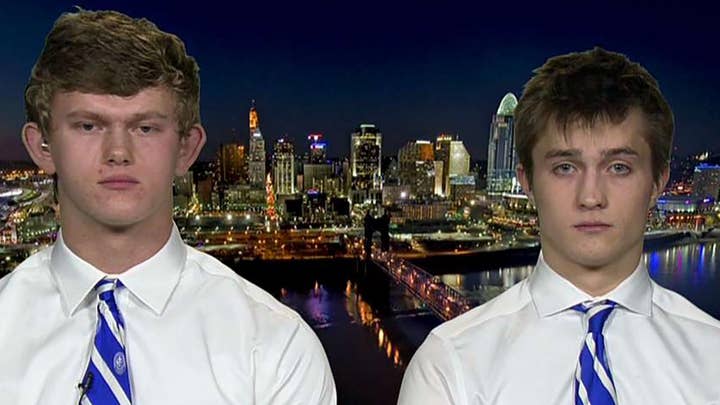 Author Jeff Jarvis wrote, “Guthrie's voice drips with white-on-white empathy,” and writer Lara Witt said, “White women will always do the most to protect and humanize the white supremacist patriarchy.”

Author Angie Thomas told Guthrie she should be “ashamed,” before declaring “I'm still waiting for the day kids of color are given this much sympathy.”

TUCKER CARLSON: COVINGTON STORY WAS NOT ABOUT RACE BUT ABOUT PEOPLE IN POWER ATTACKING PEOPLE THEY'VE FAILED

One viewer replied to NBC’s tweet that the interview was “terrible” and Guthrie “softballed the questions,” while another used profanity to mock the "Today" co-host.

The critical reactions of the typically noncontroversial Guthrie were endless, but left-leaning voices weren’t the only ones making noise.

“Conservatives also took issue with the interview, but because of one question regarding whether the student saw his ‘own fault in any way’ during his interaction,” The Hill media reporter Joe Concha wrote.

Sandmann and his classmates were vilified on social media for harassing a Native American man until additional footage proved the MAGA-hat wearing kids weren’t the aggressors. (Survival Media Agency via AP)

The Daily Caller’s Benny Johnson called one of Guthrie’s questions “despicable,” and accused her of leading the teenager. Guthrie was also accused of “putting words in his mouth” and "whitewashing."

Media Research Center senior news analyst Kyle Drennen wrote that “Guthrie interrogated the teenager” and “repeatedly suggested that he and his fellow students were to blame" for the polarizing incident.

“Even after clearly establishing that the students were victims of intense verbal abuse, Guthrie still suggested that they brought it on themselves,” Drenner added.

MRC president Brent Bozell even issued a statement condemning “NBC and the liberal mob media” for the way the teenagers have been treated.

Radio Host Larry O’Conner captioned footage of Guthrie asking if an apology is owed, “Apologize for WHAT!?”