If you were on social media over the weekend, you probably saw the video. It was shot Friday afternoon, on the steps of the Lincoln Memorial. It seemed to show a group of teenage boys taunting an elderly American Indian man who was holding a drum.

The young men had come to Washington from a Catholic school in Kentucky to demonstrate in the March for Life. Some of them wore “Make America Great Again” hats. They seemed menacing. Within hours, the video was being replayed by virtually every news outlet in America. The American Indian man with the drum in the video is called Nathan Phillips. He described the young men he encountered, the ones in the hats, as aggressive and threatening -- essentially shock troops for Donald Trump.

"I heard them saying, ‘Build that wall. Build that wall,'" Phillips said."This is indigenous land. We're not supposed to have walls here.”

It’s hard to remember the last time the great American meme machine produced a clearer contrast between good and evil — it was essentially an entire morality play shrunk down to four minutes for Facebook.

On one side, a noble tribal elder, weather-beaten, calm and wise. He looks like a living icon. You could imagine a single tear sliding slowly down his cheek at the senselessness of it all.

On the other side, you had a pack of heedless, sneering young men from the south, drunk on racism and white privilege. The irony is overwhelming: The indigenous man’s land had been stolen by the very ancestors of these boys in MAGA hats. Yet they dare to lecture him about walls designed to keep people who look very much like him out what they were calling “their” country.

It was infuriating to a lot of people. At the same time, it was also strangely comforting to the people who watched it from Brooklyn and L.A. The people who run this country have long suspected that middle America is a hive of nativist bigotry. And now they had proof of that. It was cause for a celebration of outrage. There’s nothing quite as satisfying as having your own biases confirmed.

But did the video really describe what happened? That should have been the first question journalists asked. Checking facts and adding context is what journalists are paid to do. It’s in the first line of the job description. Yet, amazingly, almost nobody in the American media did that.

That’s a shame, because there was a lot to check. The full video of what happened on Friday in Washington is well over an hour long. The four minutes that made Twitter don’t tell the story, but instead distorted the story. A longer look shows that the boys from Covington Catholic in Kentucky weren’t a roving mob looking for a fight. They were, in fact -- and it shows it on the tape -- standing in place waiting to be picked up by a bus.

As they waited there, members of a group called the Black Hebrew Israelites, a black supremacist organization, began taunting them with racial epithets. Nathan Phillips, the now-famous American Indian activist, also approached them, pounding his drum. The footage seems to suggest the boys were unsure whether Phillips was hostile or taking their side against the Black Hebrew Israelites. But in any case, there is no evidence at all that anyone said, “build a wall."

So, what really happened on Friday? Watch and decide for yourself. There’s plenty of video out there, and some of it is fascinating. What we know for certain at this point is that our cultural leaders are, in fact, bigots. They understand reality on the basis of stereotypes. When the facts don’t conform to what they think they know, they ignore the facts. They see America not as a group of people or of citizens, but as a collection of groups. Some of these groups, they are convinced, are morally inferior to other groups. They know that’s true. They say it out loud. That belief shapes almost all of their perceptions of the world.

It’s not surprising, then, that when a group of pro-life Catholic kids who look like lacrosse players and live in Kentucky are accused of wrongdoing, the media don’t pause for a moment before casting judgment. Maggie Haberman of the New York Times suggested the boys needed to be expelled from school. Ana Navarro of CNN called the boys racists and “asswipes” and then went after their teachers and parents.

Others called for violence against them. CNN legal analyst Bakari Sellers suggested one of the boys should be, "punched in the face.” Former CNN contributor Reza Aslan agreed. Aslan asked on Twitter, “Have you ever seen a more punchable face than this kid’s?" Longtime CNN contributor Kathy Griffin seemed to encourage a mob to rouse up and hurt these boys, tweeting, “Name these kids. I want names. Shame them. If you think these effers wouldn’t dox you in a heartbeat. Think again.” She repeated her demand again later: “Names please. And stories from people who can identify them and vouch for their identity. Thank you."

Hollywood film producer Jack Morrissey tweeted that he wanted the boys killed: “MAGA kids go screaming, hats first, into the woodchipper.” He paired that with a graphic photo. Actor Patton Oswalt linked to personal information about one of the boys, in case anyone wanted to get started on that project. Meanwhile, Twitter, which claims to have a policy against encouraging violence, stood by silently as all this happened.

But in case you think the response was entirely from the left, you should know that the abuse was bipartisan. This wasn’t just left versus right. It was the people in power attacking those below them as a group. Plenty of Republicans in Washington were happy to savage the Covington kids, probably to inoculate themselves from charges of improper thought. Bill Kristol asked his Twitter followers to consider “the contrast between the calm dignity and quiet strength of Mr. Phillips and the behavior of MAGA brats who have absorbed the spirit of Trumpism."

So what’s actually going on here? Well, it’s not really about race. In fact, most of the stories about race really aren’t about race. And this is no different. This story is about the people in power protecting their power, and justifying their power, by destroying and mocking those weaker than they are.

And then when the actual facts emerged, Kristol quietly deleted his tweet. He never apologized, of course. He hasn’t apologized for the Iraq war, either. There’s no need. People keep giving him money.

The National Review, meanwhile, ran a story entitled, “The Covington Students Might As Well Have Just Spit on the Cross.” That story has since been pulled too, but not before the author admitted he never even bothered to watch all the videos. He knew what he knew. That was enough.

What was so interesting about the coverage of Friday’s video was how much of it mentioned something called "privilege." Alex Cranz, an editor at Gizmodo, for example, wrote, "From elementary school through college, I went to school with sheltered upper middle-class white boys who could devastate with a smirk. A facial gesture that weaponized their privilege. Infuriatingly you can’t fight that effing smirk with a punch or words. We saw that as Trump smirked his way through the election and we’ll see it as that boy from Kentucky’s friends, family, and school protect him. I effing hate that smirk. It says ‘I’m richer, I’m white, and I’m a guy.'"

What’s so fascinating about all these attacks is how inverted they are. These are high school kids from Kentucky. Do they really have more privilege than Alex Cranz from Gizmodo? Probably not. In fact, probably much less. They’re far less privileged than virtually everyone who called for them to be destroyed, based on the fact that they have too much privilege.

Consider Kara Swisher, for example, an opinion columnist at the New York Times. Swisher went to Princeton Day School and then Georgetown, then got a graduate degree at Columbia. She’s become rich and famous, in the meantime, by toadying for billionaire tech CEOs. She’s their handmaiden. Nobody considers her very talented. And yet she’s somehow highly influential in our society. Is she more privileged than the boys of Covington Catholic in Kentucky? Of course she is. Maybe that’s why she feels the need to call them Nazis, which she did, repeatedly. 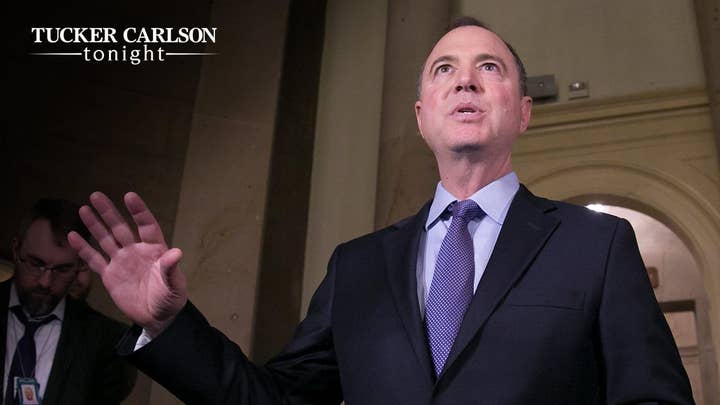 So what’s actually going on here? Well, it’s not really about race. In fact, most of the stories about race really aren’t about race. And this is no different. This story is about the people in power protecting their power, and justifying their power, by destroying and mocking those weaker than they are.

Why? It's simple. Our leaders haven’t improved the lives of most people in America. They can’t admit that because it would discredit them. So, instead they attack the very people they’ve failed. The problem, they’ll tell us, with Kentucky, isn’t that bad policies have hurt the people who live there. It’s that the people who live there are immoral because they’re bigots. They deserve their poverty and opioid addiction. They deserve to die young.

That’s what our leaders tell themselves. And now, that’s what they’re telling us. Just remember: they’re lying.