It appears there's little appetite for President Trump's Fourth of July celebration over at MSNBC, where one panel called his plan "dangerous" and "un-American."

The president has long talked about showing off America's military capabilities in celebration of Independence Day, and now his vision is coming to fruition as tanks arrive in Washington ahead of Thursday's festivities.

Commentator Charlie Sykes assailed the event as one of "tacky narcissism"; he also called Trump's "takeover" of the national holiday "thoroughly annoying."

"It was not a partisan event. It was not a political event. It was about us, not about one man. And yet Donald Trump cannot resist making everything about himself," Sykes said. "Yes, the symbolism is disturbing, but I think it’s just the obnoxiousness of politicizing and militarizing this really — one of our nicer, more unified national holidays.”

"Hardball" host Chris Matthews compared Trump's event, where the U.S. military is set to be on display, to the tank-filled marches held by the Soviet Union, and he questioned what "big tanks have to do" with Independence Day. 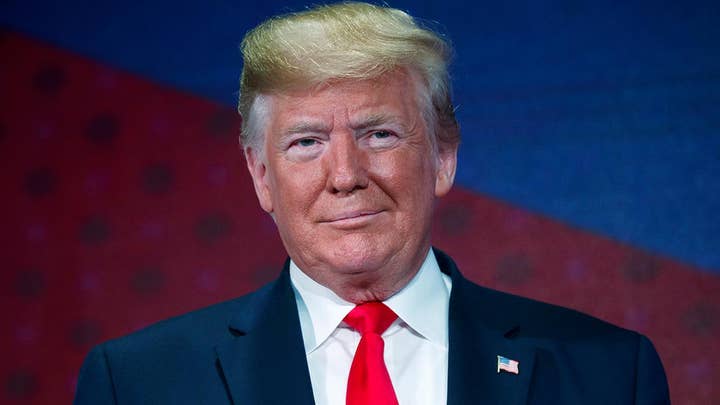 “This is nauseating, Chris. This is not just obnoxious tackiness, this is actually dangerous. It’s fundamentally un-American,” MSNBC analyst Jeremy Bash said. “It politicizes a nonpartisan celebration of We the People, of our Declaration of Independence, and it also misunderstands the fundamental nature of our military might. Our military is not strong because of the weight of our armor or because of the speed of our fighter jets. It’s because of the professionalism and skill of our service members who sacrifice everything for our freedom.

"That’s what we should be honoring on July 4th. Not displays of military might.”

MSNBC host Joy Reid claimed that Trump was using the tanks as a "threat" to Americans who oppose him.

"What is the message Donald Trump is trying to send by rolling tanks down Constitution Avenue? Who is that message to?" Reid asked. "The message is a threat, but it's always a threat when you roll out your military. But it's to whom is the threat, and I suspect that the threat is to his fellow Americans. And I hate to say that, but I think that Donald Trump styles himself a tyrant, not a defeater of tyrants."