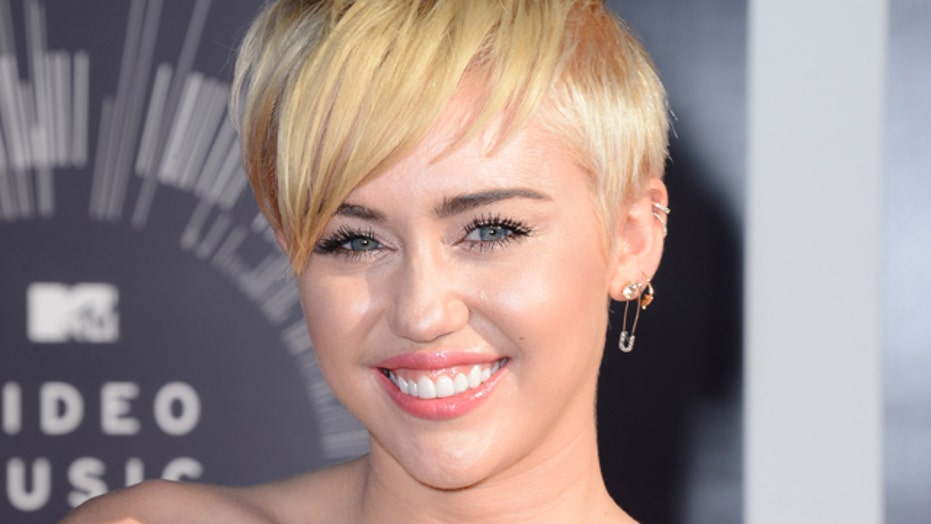 Cyrus goes from bad girl to good at the VMAs

Last year Miley Cyrus made news by twerking up on Robin Thicke like there was no tomorrow.

This year, Cyrus found a way to top her MTV VMA appearance with what could be the most poignant moment of the award show.

After winning Video of the Year for "Wrecking Ball," Miley let homeless teen Jessie accept the award for her "on behalf of the runaways and homeless youth."

MORE: What Miley Cyrus, homeless date did after VMAs

Miley has been helping out a homeless center for young people in Los Angeles called My Friend's Place.

"Los Angeles has the largest population of homeless youth in America," said Jessie. "54,000 human beings who have no place to call home."

You can support the cause by making a donation at www.prizeo.com/miley.

According to Miley's Facebook page, "For every $5 donation, you'll be entered to win a trip for 2 to Brazil to hang out with me at my show in Rio de Janeiro on Sept 28th. You'll get the full VIP experience, including 2 of the best seats in the house."

On the VMA red carpet, Miley promised Sway and Lucy Hale that she had something "really special" planned.