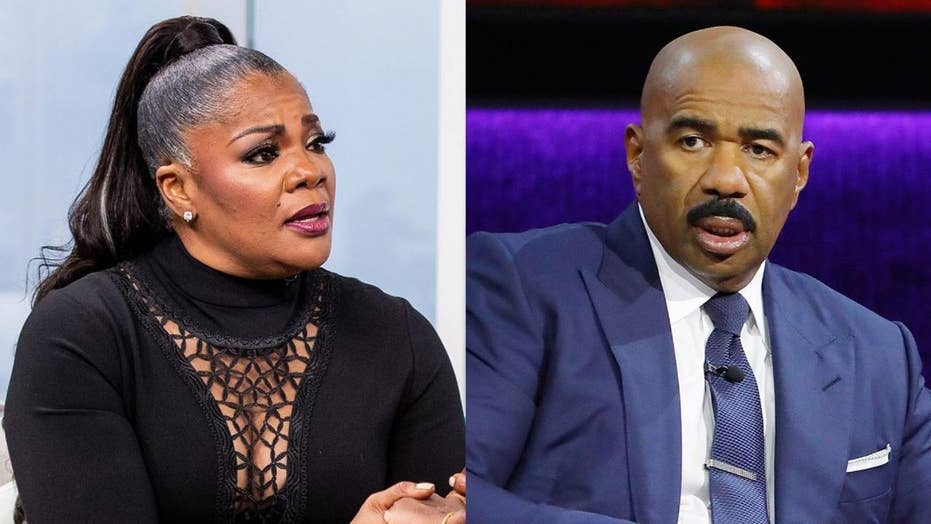 After exchanging a flurry of heated words with Steve Harvey on his talk show last week, “Precious” actress Mo’Nique kept their feud going on social media, sharing two videos that accuse him of being a sellout.

Mo’Nique appeared on Harvey’s show earlier this week where she alleged she was "blackballed" by heavy hitters in show business as being difficult to work with, a situation that was compounded by her directly calling out producers Oprah Winfrey, Tyler Perry and Lee Daniels in the past.

Harvey has previously said that the star burned too many bridges, which she took issue with on his show.

MO'NIQUE DEFENDS ROSEANNE BARR: 'MY SISTER MADE A MISTAKE' BUT I WON'T 'THROW HER AWAY'

On Friday, Mo’Nique shared two videos on Instagram that were aimed directly at the “Family Feud” host. The first featured famed boxing legend Muhammad Ali discussing his views on putting his freedom ahead of monetary gain.

“As of now, money means nothing to me, nor boxing, when it comes to the freedom of your people. So, everything I’m doing, if it means hitchhike tomorrow, if it means be raggedy, if it means looking for a job. I’ll be happy because I can go to bed, my conscience is clear, and I didn’t sell out or trade my people just because I can be rich in Hollywood with a yacht out here,” he says in the video. “But I wouldn’t want that damned yacht if I couldn’t go back over in the black neighborhood and protest a black woman being raped. The hell with your yacht; the hell with the championship.”

“I JUST HAD TO REPOST THIS. THIS IS FOR ANYBODY PUTTING MONEY FIRST AND NOT THE LOVE OF YOUR PEOPLE. I LOVE US FOR REAL!!!!!!” Mo’Nique wrote in the post’s caption.

A second video intercuts excerpts of Harvey and Mo’Nique’s interview interspersed with scenes from “Roots” in which the character Fiddler explains his view of being a slave to Kunta Kinte.

The video is topped with text that reads: “Selling out. A common idiomatic pejorative expression for the compromising of a person’s integrity, morality, authenticity, or principles in exchange for personal gain, such as money. In terms of music or art, selling out is associated with attempts to tailor material to a mainstream or commercial audience.”

“THIS GAVE ME CHILLS! WHAT HAS CHANGED!!! Y’all I LOVE US 4 REAL!!! WE DESERVE TO LOVE US BETTER!” Mo’Nique wrote in the caption.