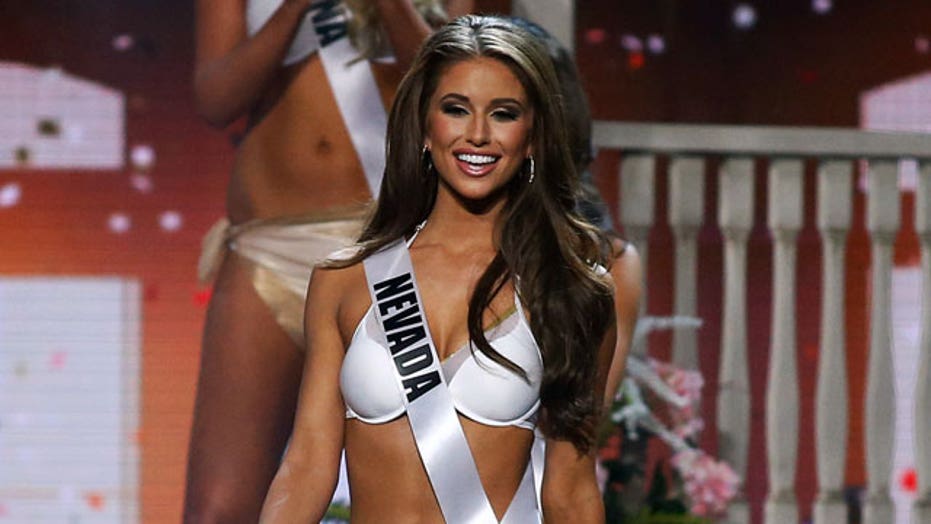 Is Miss Nevada a pageant carpetbagger?

Miss USA Nia Sanchez fueled speculation that she is a beauty pageant carpetbagger on Monday when she couldn’t remember the name of her supposed home state of Nevada.

The former Miss Nevada was on the morning radio program “The Todd Show” when the show’s host asked her to name her state’s capital.

“Oh oh ahhh, ummm, oh my gosh,” she stammered before being rescued by the show’s host, who gave her the answer: “Carson City.”

“Thank you I was gonna say that, I was like, that one DJ host on MTV, back in the day, his name, that’s how I always remembered it,” she said.

A well-placed source told FOX411 that Sanchez, 25, only met the Nevada pageant’s minimum residency requirements in order to compete for the Miss Nevada crown, and didn’t actually live there.

She had competed for the Miss California crown three times before, losing each time.

“She never actually moved to Nevada, but continued to work at Disney and live in California, setting up some minimum paper trail to appear like she was in Nevada and allow her to compete,” the insider told FOX411.

But Sanchez told FOX411 in a one-on-one interview that she had lived in the state almost 18 months before she won the title, much longer than the minimum six months required.