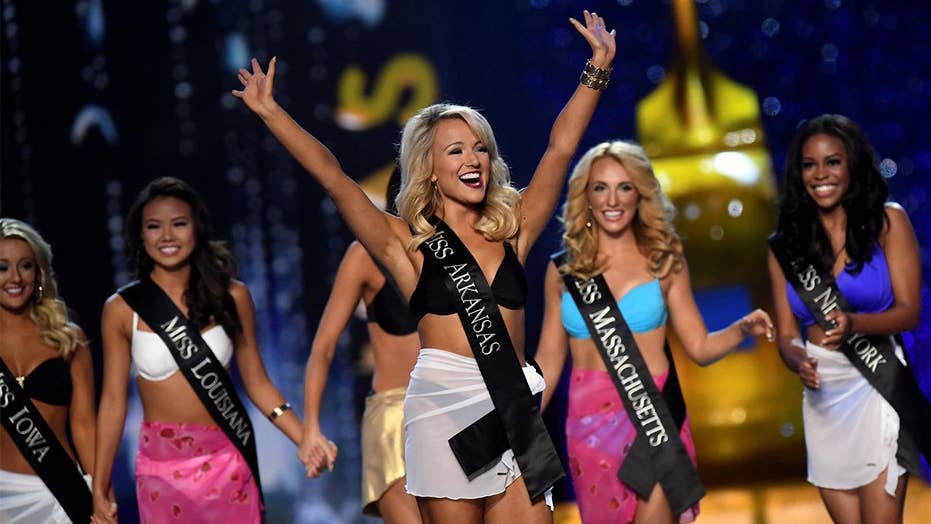 Fox411: Miss Arkansas Savvy Shields reflects on winning the 2017 crown and why Miss America is a full-time job

On Sunday night, Savvy Shields will be passing on “one of the greatest jobs in the world” to a lucky girl.

The 22-year-old Arkansas native was crowned Miss America 2017 last year in Atlantic City, succeeding Miss Georgia Betty Cantrell. And while Shields has spent a year traveling to a different state every 48 hours and living out of “two very overweight suitcases,” she has zero regrets about taking on the iconic title.

“People forget and people don’t really know that [Miss America] is the largest scholarship organization in the world,” Shields told Fox News. “I am still walking away with over $90K in scholarship that I haven’t even touched. I can graduate college debt-free and go for more education, not even having to worry about it. I’m not just speaking for myself, I’m speaking for every single contestant, national, state, and local title-holder that is a part of this organization.”

Before making her mark within a group of 52 contestants, Shields was an art major at the University of Arkansas whose passion was dance. During the competition, she impressed judges with a jazz performance to a song from the TV show “Smash.” She can recall that moment fondly, but not when her name was finally announced.

“I don’t remember at all!” she insisted. “I’m pretty sure I blacked out… I fully didn’t remember until a month after I was crowned. It goes so fast and you do not stop so the moment you do stop it’s roughly when you’re on an airport a month later and you realize that you’re Miss America. But I remember that moment in pictures. I remember in visual frames of when I saw my mom at the end of the runway and then when I turn back around and saw my friends. And then I remember Miss Tennessee running towards me.”

Shields stressed that Miss America is “more than a full-time job” and has kept her on the road to raise awareness on her personal platform, “Eat Better, Live Better." She also serves as the National Goodwill Ambassador for Children’s Miracle Network Hospitals where she visits hospitals across the country meeting and befriending children in need, as well as raising funds for them.

“You say the world ‘pageant,’ there’s a lot of connotations that come up of just having a crown and putting on lipstick,” she explained. “But that is .5% of my job when 99.5% of it is a year in service. I am going across the country visiting our troops during Thanksgiving break. I’m going to hospitals more than three times a month. And the rest of the days I am being a part of other organizations that are trying to change the world as well."

Shields even earned another honor in December 2016 when a woman chose to name her baby Savvy.

“Yes, it’s true and it was one of the most hilarious moments of my life,” Shields recalled. “I was in Sioux Falls, South Dakota and this grandma ran up to me bawling her eyes out… She came to tell me that her granddaughter was born yesterday and they named her after me. And then I started crying. She told me they were going to bring her to the Walmart. I’m like, ‘Ma’am, she’s 10 hours old. Let me come to you.’ And so we went and I held baby Savvy and this rush of responsibility filled up my entire being.”

Shields said it’s her many experiences in meeting so many Americans that has made her excited about the future.

“When people ask ‘what’s your plan afterwards?’ or ‘what’s your goal?’ my answer is everything because I’ve seen and been exposed to so many charities, philanthropies, people that I’ve become emotionally invested in. And so it’s exciting to learn what I’ve done as Miss America and use it in my life as Savvy Shields.”

She might even take time to enjoy one guilty pleasure.

“Oh gosh, so my parents never cooked anything unhealthy. I’m so serious,” she claimed on her Southern upbringing. “I grew up in a very healthy home and I never really thought much of it. So our desserts were like strawberries with almond milk. And that sounds so bad, so my guilty pleasure now is vanilla ice cream. That’s like my all-time favorite. And that’s so lame! It’s my favorite.”

There’s also knitting, her favorite pastime, as well as her two beloved films, “Pride and Prejudice” and “Predators.”

But now Shields is heading back to where it all began in Atlantic City. And she has plenty of advice for this year’s contestants.

“I think the biggest thing, and it’s something my class tried really hard to reiterate, was recognizing that we’re not here to win the crown,” she said. “That is something one girl will walk away with, but there’s 51 other women [who] are going to be there… You’re there with these girls. You’re soaking up every single moment. And the goal shouldn’t be walking away with the crown, but the goal should be walking away a better version of yourself than when you came.”