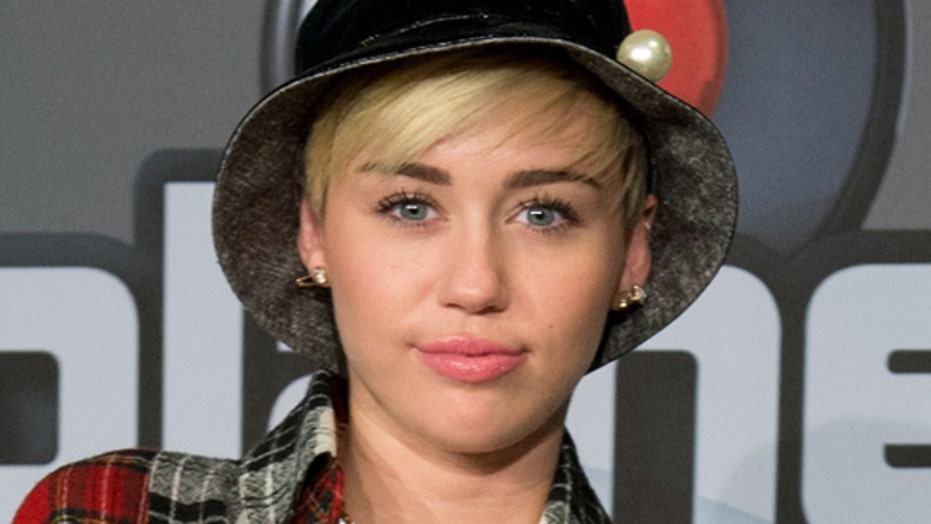 Is Miley's drug song too much?

Has Cyrus gone too far with song 'We Can't Stop,' which contains reference to using a street drug?

NEW YORK – Miley Cyrus went from darling Disney star to a sexpot starlet in the blink of an eye. Now the singer has released a new single, “We Can’t Stop,” that she says explicitly references using the drug ecstasy.

The lyric she’s refering to -- 'La-da-di-da-di, we like to party/Dancing with Molly' – references the slang term for MDMA, also known as ecstasy. And while singing about more mature topics is inevitable for any child-turned-adult star, is glamorizing illegal drugs, especially when you know you still have teen and even preteen fans, a few steps too far?

“What’s fascinating about it is she’s thrown that Disney character totally under the bus.  Most celebrities as they pass through life, they seem to try to keep their fan base with them,” said Rob Shuter of NaughtybutNiceRob.com. “You would think that’s a good idea after having such an enormous fan base, keep them growing with you as you continue to develop as an artist.”Pop culture expert Karen Berg says the song and its video are over the top. “The video is crazy.  I don’t know if she’s trying to be the next Rihanna or Lady Gaga,” she said. “There are so many drug references in the video but again a little kid is not going to pick up on that.”

Shuter agrees: “I was shocked when I saw [the video]. She goes all out. There’s no holding back here. It’s one of the most risqué videos I’ve ever seen, and I’ll include Madonna in that sentence.  It’s really out there.”

So should Cyrus be shelved as a role model for young fans once and for all?

Therapist Kaity Rodriguez, who runs TheRoleModelGroup.com, said Cyrus can’t duck what she means to her fans. “I think that any celebrity that is popular and people know them automatically have the responsibility of being a role model whether they want it or not,” Rodriguez said. “However that being said, Miley, she’s 20 years old.  She’s young, you know?”

Rodriguez  said parents are the ones who need to pay attention. “I think the responsibility is for the parents to talk to their children about whether or not this celebrity is their role model.”

Rodriguez thinks Miley maybe just be rebelling against the negative criticism she has been getting. “I definitely think that she’s in that exploration phase but I think that more of that behavior is kind of coming from the fact that she’s grown up in the public eye,” he said. “She came from a Christian family in Nashville, Tennessee and you know she’s been under such scrutiny lately you know.  Is the hair crazy?  Is the new look crazy?  The men, the music, you know, everyone has something to say about her behavior.  I think that she’s really just trying to throw something at the haters.”

Rodriguez recommends Cyrus find a balance between pleasing herself and her fans. “She has to stay true to who she is,” she said. “You know she is an artist so there’s always going to be that creative spirit. She has the right to be an individual but to be mindful that there are people that are looking up to her and that she is a role model at the same time.”

Berg suggests a less contemplative approach. “If I could give advice to Miley I would say put on pants, take out the gold teeth and just kind of try to be an artist in your own way,” she said. “Britney Spears did ‘If You Seek Amy,’ and that was a big controversy but you know what, that album went onto sell 4 ½ million copies.  I think she has the chance to clean up her image. I don’t think this song is going to make or break her.”