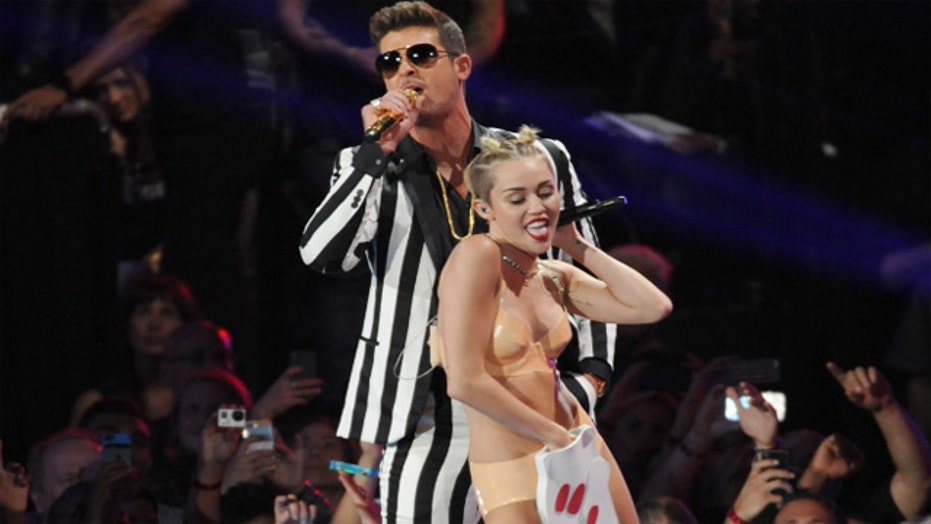 Miley spiraling out of control?

Is the death of her dog behind Miley Cyrus' sudden hospitalization?

Cyrus was admitted to the hospital and unable to perform her "Bangerz" concert in Kansas City, Mo., as planned.

A rep for the singer said the 21-year-old canceled her performance Tuesday after she was hospitalized for a severe allergic reaction to antibiotics.

Publicist Meghan Prophet said Cyrus was on "medical rest" at her doctors' advice.

But TMZ said it was the death of her beloved pup Floyd that sent the singer into a tailspin.

Indeed a video of a recent Cyrus concert shows the singer breaking down in front of a huge, blow-up likeness of Floyd.

"She's been off the rails since this happened," a source told the web site, adding she had been drinking a lot and that drugs were also involved.

Cyrus said on Twitter that she's heartbroken to miss the show. She also posted a photo of herself wearing what appears to be a hospital gown.

Tickets for the concert at Sprint Center are being refunded.