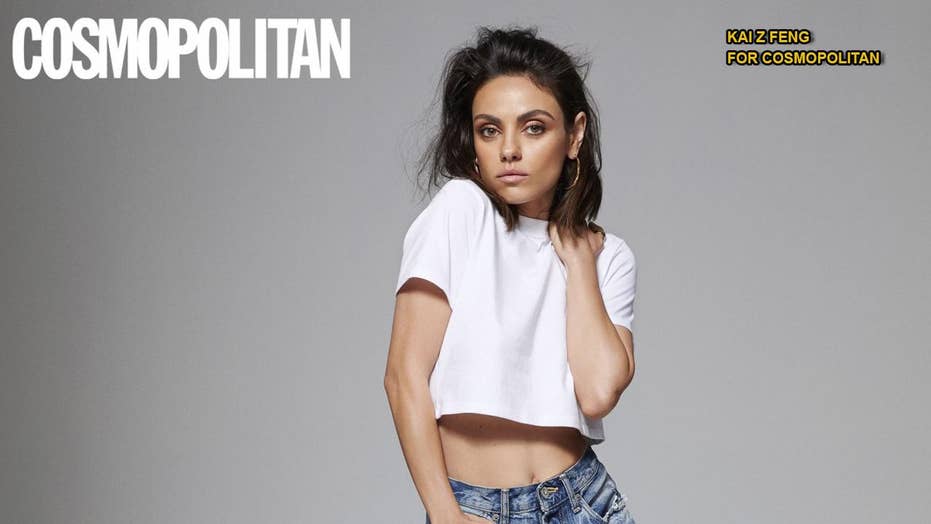 Mila Kunis opens up about constant speculation in regards to her personal life -- specifically, when it comes to her husband, Ashton Kutcher.

Mila Kunis may not read tabloid stories about herself, but the rumors affect her nonetheless.

The 34-year-old actress covers Cosmopolitan's August issue, in which she opens up to her "The Spy Who Dumped Me" co-star, Kate McKinnon, about constant speculation about her personal life -- specifically, when it comes to her husband, Ashton Kutcher.

“I don’t read anything about myself," Kunis says. "I genuinely don’t know what’s written about me...other than I know that I’m pregnant about once a year and my husband and I are getting a divorce once a year. I know this because I go down the grocery store aisle, and I see it on the cover of magazines and I’m like, Oh boy, OK!"

Kunis notes that sometimes, however, fake stories do have serious consequences.

"The only thing that’s upsetting is my parents and my grandparents sometimes get confused… At one point when I was pregnant, [the tabloids] said that I had an emergency and was rushed to the hospital, and my face was on the cover," she recalls. "The amount of stress that caused my family, nobody will understand."

Although when it comes to the pregnancy rumors, she does admit her father wishes for another grandchild. Kunis and Kutcher are already parents to 3-year-old daughter Wyatt and 1-year-old son Dimitri.

"My dad is always very hopeful that the pregnancies are true," she shares. "He’s always like, 'Is there really another?'"

In addition to avoiding the tabloids, Kunis is not too keen about putting her life on social media.

“I was so late to that train. I remember at some point my roommate was like, 'You know, there’s a thing called Facebook,' and I was like, 'What is this Facebook? Who’s gonna poke each other? That’s just weird,'" she quips. "And then Ashton and I reconnected and started talking. He used to be incredibly forward-thinking with social media, when the intent was to connect to people. But it took an ugly turn and became all about who can be the loudest, who can be the angriest and the most negative. Then it’s just not a fun game to play."