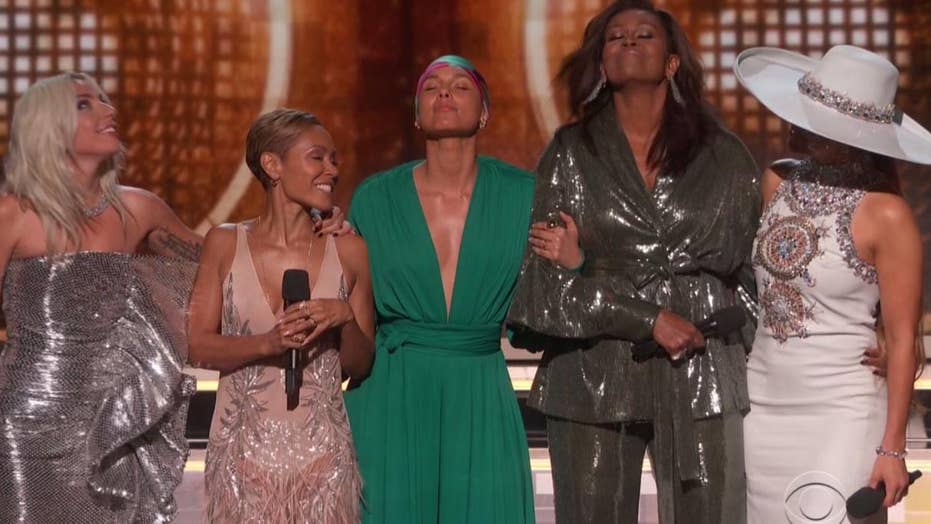 Obama, who received a standing ovation as she opened the show alongside Lady Gaga, Alicia Key, Jennifer Lopez and Jada Pinkett Smith, shared the text message exchange with her mom, Marian Robinson, on Instagram Wednesday.

"I guess you were a hit at the Grammys," Robinson wrote. When Obama asked if she had watched, her mom replied she saw it, but wondered if her daughter had met "any of the real stars."

In true mother-daughter fashion, the two quibbled over whether Obama had even told Robinson that she would be appearing on the awards show.

Obama ended the exchange by writing "And I AM A real star...by the way..."