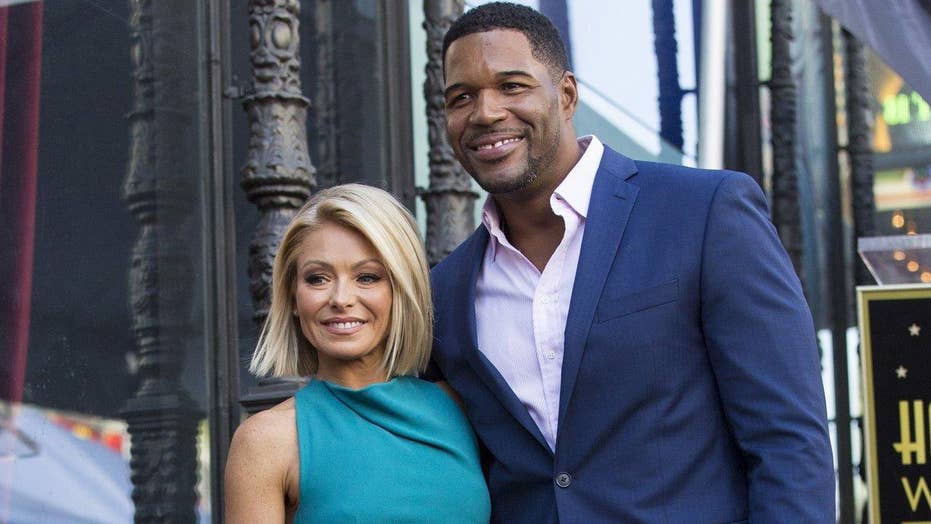 Four4Four: Can 'Live!' recover after Michael Strahan exits in two weeks or is the show coming to an end?

Don’t let the door hit you on the way out, Michael Strahan.

ABC honchos have decided to fast track the ex-football star out
of “Live!” and into “Good Morning America” way ahead of schedule.

A show rep told FOX411 in a statement that Strahan will be off the show
on May 13, not in four months, as previously announced.

"After meeting with the producers of both 'Live' and ‘Good Morning
America,’ and after speaking with Kelly and Michael, we have decided on a plan
that best advantages both shows for the future,” the rep said. “To that end, Michael's last day on 'Live' will be Friday, May 13, which
not only gives the show the chance to have an appropriate send off for him
during the May sweeps, but to also immediately give Kelly and the producers an
opportunity to begin the on-air search for a new co-host."

Ripa walked out on “Live!” a couple days before a scheduled vacation last
week after Strahan told her via text message after Monday’s show that he was
leaving her after only four years for a new gig at “GMA.” Ripa returned on
Tuesday, and vented her frustration at ABC’s handling of the situation. “I’m
going to be completely honest, I am fairly certain sure there are trained
professional snipers with tranquilizer darts in case I drift too far off
message," she joked.

The first guest on Tuesday’s show, “Scandal” star Bellamy Young, told Jenny
McCarthy on her on her Sirius XM show that people were not
happy campers backstage.

The statement said Strahan would make his "GMA" debut soon, allowing for him to be integrated "into the show more often this summer before his full-time start in
September."

One "Live!' legend no impressed with the handling of the situation? Kathie Lee Gifford. She told FOX411 in our New York studio that the proceedings should have been kept behind closed doors.

“Be totally professional,” she advised. "I would keep
anything that is going on between you private… It’s nobody’s business
but yours. But always, always be professional at your job. That’s what
you’re hired to do.”

- Diana Falzone contributed to this report