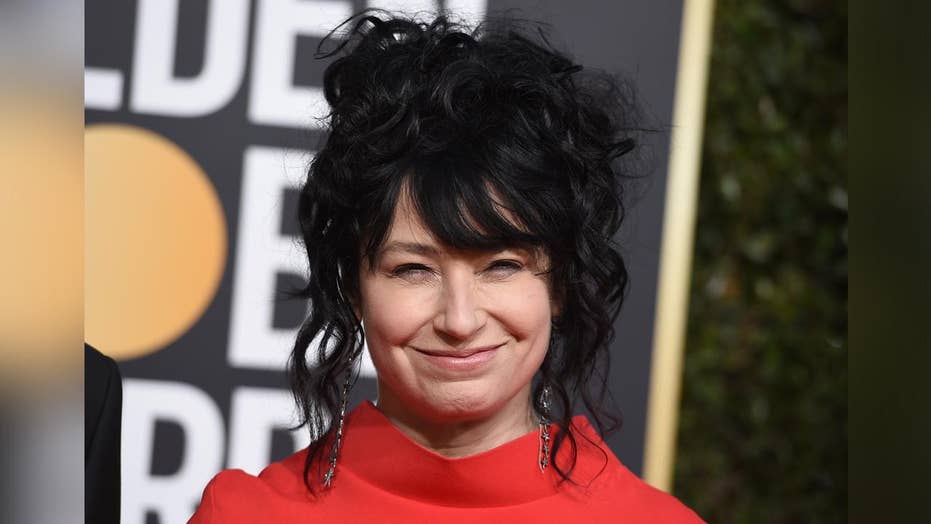 BEVERLY HILLS – Amy Sherman-Palladino certainly isn’t pulling any punches in her reflection of the Time’s Up and #MeToo movements after a tumultuous year for many networks and media powerhouse personalities.

The “Marvelous Mrs. Maisel” co-creator, director and executive producer spoke to Fox News Sunday at the Golden Globe Awards at the Beverly Hilton Hotel in Los Angeles about whether Hollywood has made progress in the months since the first shoe dropped.

“I think we’ve made some headway just in the fact that I think it’s given people a platform to speak up when they didn’t feel they had a platform to be believed and taken seriously,” Sherman-Palladino told us while her husband and show co-creator Daniel flanked her left side.

“I think we’ve got a long way to go before things change because until we get some broads in those upper-level seats, nothing is going to change. It’s not going to change.”

Amy Sherman-Palladino accepts the award for outstanding directing for a comedy series for "The Marvelous Mrs. Maisel" at the 70th Primetime Emmy Awards on Monday, Sept. 17, 2018, at the Microsoft Theater in Los Angeles. (Invision/AP)

Sherman-Palladino took her sentiments a step further and voiced her displeasure with the manner in which the top-shelf position of disgraced former CBS executive Les Moonves was filled after he resigned last year in light of allegations that he sexually abused multiple women, adding that "the fact no women were considered" as replacements indicated a culture that is in desperate need of an overhaul.

“Les Moonves is gone, but there wasn’t one woman up for his job,” Sherman-Palladino lamented. “So, that’s where we are. It’s time to get a broad in there, and then I think we’re all going to start to feel a little better. Even the guys that are so desperately hanging on – I’m telling you, ‘Guys, it’s going to be better.’ Let a woman in there, things are going to shift. Your lives are going to get easier.”

Richard Parsons took over for Moonves as chairman of the CBS board on an interim basis before stepping down in October 2018 citing health reasons. He was immediately replaced by Stauss Zelnick, who was appointed by a unanimous decision of the board.