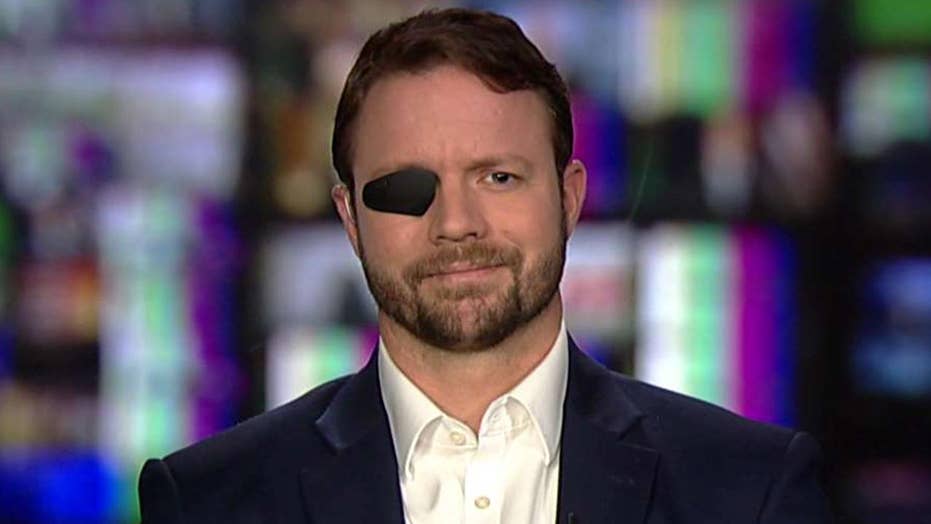 Rep. Crenshaw: The US asylum process is being completely taken advantage of

Months after repeatedly dismissing and mocking President Trump’s claim of a national emergency at the Southern U.S. border, the mainstream media are grappling with reality, with no less than The New York Times declaring the border crisis at “breaking point.”

Yet as recently as February, a New York Times fact-checker of Trump's State of the Union speech tweeted: “President Trump described illegal border crossings as a 'urgent national crisis.' This is false."

The Washington Post’s editorial board said “there is no crisis” at the border and called Trump’s national emergency declaration “untethered from truth and reality” and a “make-believe emergency.”

"Mr. Trump’s technique is to spin fiction as fact, secure in the knowledge that minds will reel as fact-checkers labor to deconstruct his ziggurat of falsehoods. So let’s stick to one big, basic truth: There is no crisis at the southern border," the editorial said.

"So let’s stick to one big, basic truth: There is no crisis at the southern border."

CNN’s Anderson Cooper, meanwhile, echoed many other left-wing voices on social media and implied that the fact the president went to spend his weekend away from the White House after declaring the emergency was evidence that there was no urgent problem at the border.

Fast forward, the same media outlets are now scrambling to accurately portray the border crisis, no longer fearing to quote top officials and their data, and declare that the southern border is at a “breaking point” amid a surge in the number of illegal immigrant crossings.

Migrants walk along a highway as a new caravan of several hundred people sets off from San Pedro Sula, Honduras, shortly after dawn on Wednesday, April 10, 2019, in hopes of reaching the distant United States. (AP Photo/Delmer Martinez)

“The U.S. Immigration System May Have Reached a Breaking Point,” a New York Times story read Wednesday, detailing the unprecedented problems at the border.

“It was never like this before,” the article states. “The migrants come now in the middle of the night or in the bright light of day. Men and women arrive by the hundreds, caked with dirt, with teens and toddlers in tow.”

The story claims that a “breaking point” has been reached in America’s immigration system, which is no longer able to cope with the unseen levels of illegal immigration.

“The country is now unable to provide either the necessary humanitarian relief for desperate migrants or even basic controls on the number and nature of who is entering the United States,” the story notes.

“The country is now unable to provide either the necessary humanitarian relief for desperate migrants or even basic controls on the number and nature of who is entering the United States.”

This is a follow-up to another story in the Times from last month titled “Border at ‘Breaking Point’ as More Than 76,000 Unauthorized Migrants Cross in a Month” that cited the data that over 76,000 migrants crossed the border without authorization in February, the 11-year-high that put a strain on the border patrol resources.

Yet the report still accused Trump of using the data to justify the implementation of strict immigration controls, including building the border wall.

The Post caught up with the Times' first report, admitting the crisis at the border only about three weeks later, printing an article titled “U.S. has hit ‘breaking point’ at border amid immigration surge, Customs and Border Protection chief says.” 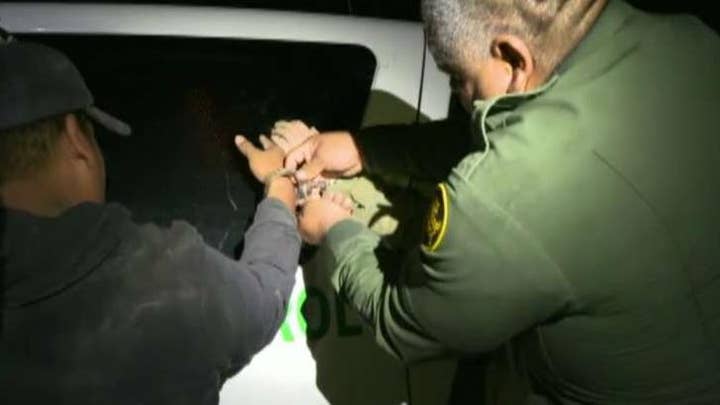 The media’s starkly different portrayal of the southern border comes amid Chief Patrol Agent Rodolfo Karisch testimony before Congress earlier this week, claiming that a caravan-size influx of migrants is flooding across the border each week in just a single sector.

Trump also floated the possibility of sending additional military troops to the southern border as the border patrol is lacking resources to combat the surge.

“I'm going to have to call up more military,” Trump said on Wednesday in Texas.