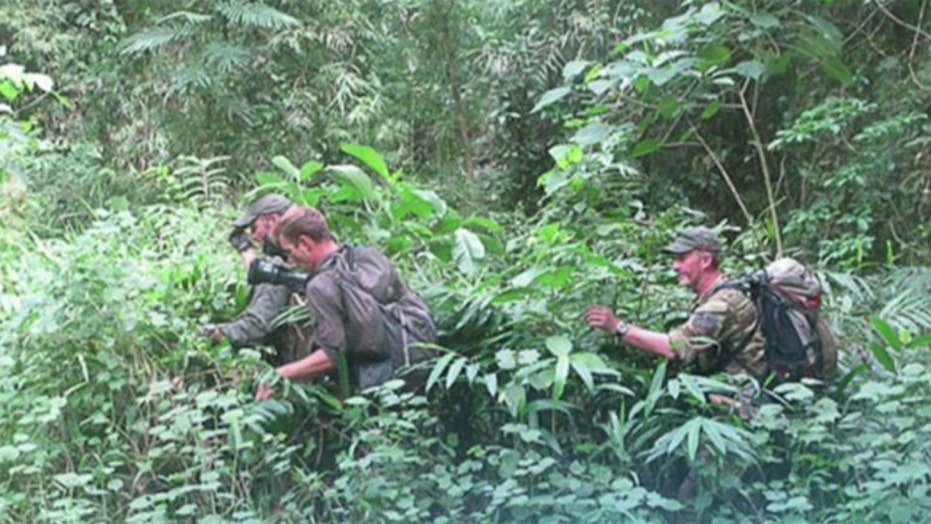 LOS ANGELES – It’s not a reality show most Americans would sign up for, but for this 10-year Navy SEAL, being pitted against the world’s elite military and law enforcement tracking teams in far-flung locales is exactly his cup of tea.

“It’s a good kind of pressure, a pressure I have gotten used to, and a pressure I like,” Joel Lambert, the star of “Lone Target," told FOX411.

With only a backpack, some water and tomahawk to his name, Lambert is dropped into dangerous areas and must then avoid capture by a military or law enforcement team for 48 hours. This week, Lambert is forced encounter the intense terrain of South Africa, peppered with crocodiles, lions and rhinos. Next week, it’s all about contending with the U.S. Army’s Phantom Recon Unit in the mountain lion/bear heavy wilds of Arizona. Upcoming shows in the Discovery series have him escaping the Philippines Army Scout Rangers and South Korea's National Police SWAT unit.

But beyond the show's state-of-the-art weaponry, explosive action, and overall entertainment value, Lambert hopes the show's international audience (the program will air as “Manhunt” in over 240 countries) will gain an appreciation for the elite fighting force that taught him just about everything he knows today.

“Being a SEAL is something that is very close to my heart, that brotherhood. I don’t have the words to convey how important that is. The Trident we wear on our chests is something you hold in trust,” he said. “I never ever want to profit or use that in merchandising or to walk in the door first somewhere. I am who I am because of the SEAL teams.”

Yet Lambert admits that there were moments, faced with complete physical and mental depletion, dehydration, and starvation, that he questioned what the heck he was doing.

“When you are doing a training mission or an operation in the teams, you start thinking ‘I’m done with this, why am I doing this? I could get a house and work in a factory and marry my high school girlfriend and get a dog.’ You start running through these scenarios in your head,” he explained. “I had forgotten about that until I was out doing this in the Arizona desert.”

And without the backup of his band of brothers, Lambert has had no choice but to venture out into the unfamiliar territory of going at it alone.

“This time I’m all by myself, but I got to take the mind set that the teams created for me and put it into a different scenario. It can be miserable, but so invigorating at the same time,” he added. “But I miss the brotherhood. I miss the guys. I miss the moments of complete clarity where you don’t know if you are going to survive, but you look to your left and your right and your brothers are there. Every fiber of your being just quivers. I miss that.”