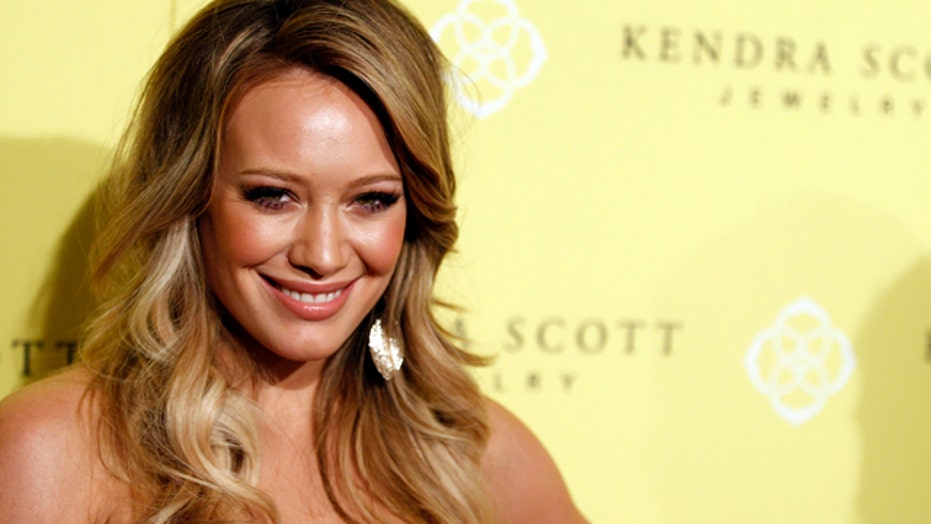 This is what dreams are made of!

For the first time in 15 years, the McGuire family has been reunited.

Disney+ announced on Thursday that its revival of Lizzie McGuire has cast actors from the original series.

Hallie Todd, Robert Carradine and Jake Thomas will all reprise their roles in the upcoming revival, as Jo, Sam and Matthew McGuire, respectively. Hilary Duff is back in the title role of Lizzie McGuire.

"We are standing in what will soon be the McGuire living room. What’s up fam. We doin this #lizziemcguire #disneyplus," Duff, 32, wrote on her social media post while holding the show's first script.

In a press release, via Us Weekly, an official synopsis was also revealed: “The new story picks up as Lizzie McGuire is just about to turn 30. She seemingly has it all – her dream job as an assistant to a fancy New York City decorator, her dream guy and a picturesque Brooklyn apartment – but things aren’t always as they seem. With a little help from her friends, her loving family and her 13-year-old alter-ego in animated form, Lizzie navigates the ups and downs of adulthood."

The rebooted version of the sitcom will include the familiar animated version of a young Lizzie who offers up comedic, revealing commentary on what 30-year-old Lizzie is thinking.

While other cast members have not been announced yet, Duff did confirm in a September interview with Vulture Magazine that Lizzie is not with Gordo, who was portrayed by Adam Lamberg.

“You know what, I don’t know if I was as devastated by that,” she told Vulture. “I feel like them not being together is what was so good … it’s that one person that you’re like, ‘Was he The One? Is it ever going to be?’ You’re always kind of wondering. We wanted it to hurt everyone a little bit, and it’ll continue to hurt. I really hope he’s going to be involved. We’ve been planning out the season and coming up with what everything looks like, and it’s so important for him to be there for part of it.”

Duff spoke about why now was the time to bring back the beloved Disney character and why it felt right.

"Finally being in my 30s, it felt like a good time to revisit her. It’s a complicated stage. That’s what people loved about Lizzie so much — that phase of becoming a teenager," she revealed.

The revival, which was first announced in August, will come from the original series' creator, Terri Minsky. Minsky has signed onto a new deal with Disney Channel, and the Lizzie McGuire reboot is the first project under her new contract, where she will serve as showrunner

Disney+, which is also releasing "Hocus Pocus 2" and a sequel to "Lady and the Tramp," launches on Tuesday, November 12.