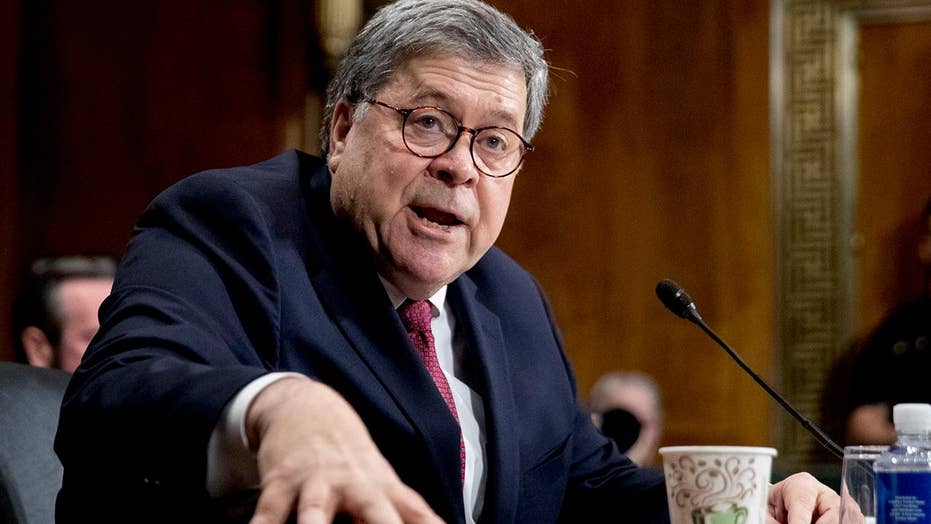 Texas Rep. Louie Gohmert reacts to the Senate hearing and shares what to expect from the House hearing.

The late night hosts collectively blasted Attorney General William Barr over his hearing before the Senate Judiciary Committee, including "Late Show" host Stephen Colbert, who suggested he wanted to "wring his neck" during the testimony.

"Did any of you get a chance to watch it today? It was incredibly frustrating to watch filled with legalistic hair-splitting and political a—-covering," Colbert began. "I'd say maybe you want to wring his neck, but you would need like five more hands."

"I can imagine Mueller was a bit snitty because your four-page summary was a steaming pile of snit," Colbert quipped.

He accused the "piñata of perjury" of taking everyone down to "Supercuts" for "some cheap hair-splitting" and slammed Barr for calling his summary "principal conclusions."

"Same with it — Bill Barr has not proven himself to be a political prostitute, he's a political call girl," the CBS star continued.

"Jimmy Kimmel Live" host Jimmy Kimmel told his audience that it's "rare to see a fat man tap dance for five hours straight" and went after Senate Judiciary Committee Chairman Lindsey Graham, R-SC, who he said "appears to be running for first lady lately." He also poked fun at the GOP lawmaker for apologizing to children after dropping the F-bomb "as if kids are off the playground and gathered around C-SPAN for the hearings."

Meanwhile, "Daily Show" host Trevor Noah conceded that Barr "raises a good point" when saying it was Mueller's "responsibility" to conclude whether or not President Donald Trump obstructed justice.

"Mueller was brought in as a super detective, but instead of solving the case, he laid out the evidence and walked away," Noah said. "That would be the worst episode of Sherlock Holmes ever."

Noah also had some fun with the final moments of the hearing when Barr rejected Democratic Connecticut Sen. Richard Blumenthal's request for the memo of his conversation with Mueller.

"America, I feel like I have discovered a fundamental flaw in your democracy. You have no defense against someone just being a d—k," Noah reacted.