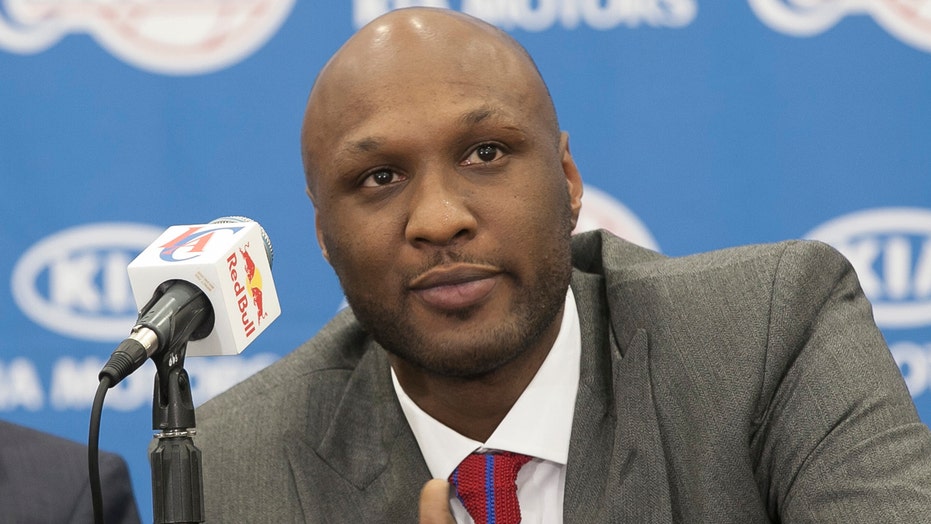 Lamar Odom was ‘foaming at the mouth’

In The Zone: Brothel owner Dennis Hof- Lamar Odom had ‘blood around his nose and mouth’

Lamar Odom may be back to his old partying ways.

The former basketball star reportedly was kicked off a Delta flight from Los Angeles to New York City after he allegedly got drunk and vomited on the flight.

According to TMZ, witnesses saw Odom downing whisky and beer in the Delta lounge ahead of a red eye flight Monday night. Upon boarding the plane, the gossip site reports he rushed out of his first class seat and vomited on the way to the restroom and then again inside the restroom with the door open.

Reps for Delta did not immediately return FOX411’s request for comment.

Odom has been seen this season on E!’s “Keeping up with the Kardashians” with his ex Khloe Kardashian and her family. A source told us Odom was not filming the reality show during the alleged plane incident.

A rep for E! did not immediately return FOX411’s request for comment about Odom’s reported behavior on the flight.

Khloe Kardashian and Lamar Odom split in 2013. Kardashian responded to tweets about Odom on Tuesday, replying to fans who voiced their support for her and to those who criticized her.

One Twitter user wrote to Kardashian, "you need to be helping your HUSBAND," to which the starlet replied, "stay in your f--king lane little girl. You know nothing about anything..."

Another wrote, "you're doing what you can, unfortunately he makes his own choices..." Kardashian replied, "love you lots. Thank you."

Odom was hospitalized in critical condition in Las Vegas in October 2015 after he was found unconscious with cocaine and other drugs in his system. After months of recovery, he returned to the public eye in February at a Kanye West fashion show.

Odom played most of his NBA career with the Los Angeles Lakers and Clippers.