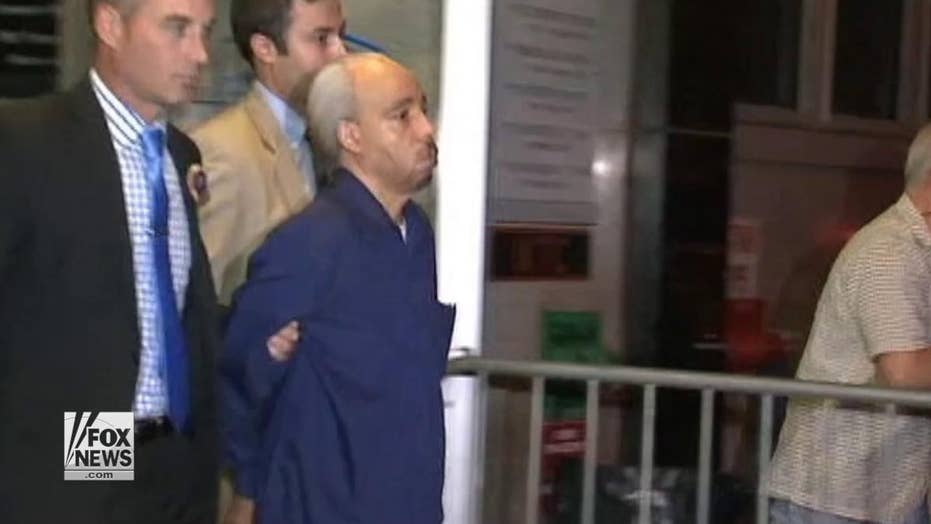 Hip hop pioneer, Nathaniel Glover a.k.a. Kidd Creole, has been arrested for allegedly stabbing and killing a homeless man

A founding member of Grandmaster Flash and the Furious Five stabbed a homeless man to death after a passing remark made him think the man was hitting on him, a law enforcement official said Thursday.

Kidd Creole, whose real name is Nathaniel Glover, was walking in midtown Manhattan on Wednesday near where he worked security and maintenance when he passed by 55-year-old John Jolly, police said.

Jolly said something that offended Glover, and they argued, said the official, who spoke to The Associated Press on condition of anonymity because of the ongoing investigation. The fight escalated until Glover stabbed Jolly and then walked off, authorities said.

The official said it was an argument that got out of hand.

Police later found Jolly and thought he was passed out, but then noticed him bleeding. He was taken to a hospital, where he later died.

Assistant District Attorney Mark Dahl said Glover, 57, a lyricist with the pioneering group, gave a detailed account of the street encounter in midtown shortly before midnight Tuesday that Dahl described to the judge, saying he wanted to demonstrate "the strength of the case."

Defense lawyer Patrick Watts told the judge the evidence was "circumstantial" as his calm client stood alongside him, a tightly wound gray braid draped halfway down his back. Outside court, Watts declined comment.

Dahl said Glover was heading to his job at a building where he did security and maintenance when he encountered John Jolly, who asked him: "What's up?"

Dahl said Glover told him after his arrest that he thought Jolly was hitting on him and thought he was gay "and that infuriated him."

The prosecutor said Glover kept walking but became convinced Jolly was going to rob him when the 55-year-old man approached him in a "threatening voice and manner," saying: "All I said to you was 'What's up!'"

Dahl said the two men were a foot apart when Glover reached into his left sleeve and pulled out a steak knife that had been tied to his arm with a rubber band, leaving Jolly with two stab wounds to the chest.

Jolly, a registered sex offender who was homeless, served time for sexually assaulting and attacking a woman. He had been staying at a shelter in the Bowery and had at least 16 prior arrests.

Glover, 57, a lyricist with the pioneering group, was being held pending an arraignment on a murder charge. It wasn't clear whether he had an attorney who could comment on the charges.

Glover was arrested in 2007 for possession of a gravity knife and had three other arrests dating back to the 1980s.

Video shows a handcuffed Glover, his gray hair pulled back into a tightly wound ponytail, being escorted out of a police precinct Wednesday night.

Grandmaster Flash and the Furious Five is best known for their 1982 rap song, "The Message." The group was formed in the late 1970s in the Bronx.