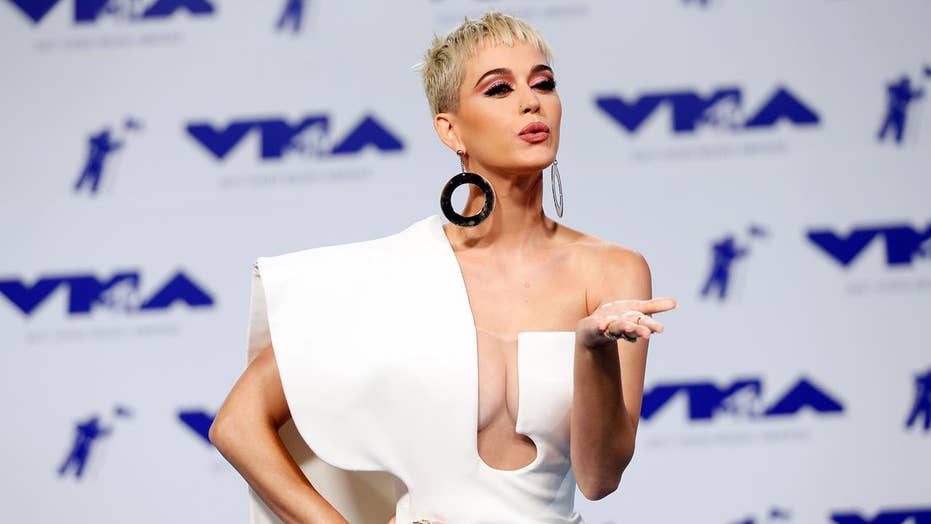 Fox411: Katy Perry and Gigi Hadid have now been banned from China indefinitely - along with a host of top models - after being booked in advance for the 2017 Victoria's Secret Fashion Show.

The Victoria’s Secret Fashion Show in Shanghai is disintegrating faster than a cheap lace thong.

Katy Perry, who was set to perform, has now been banned from China indefinitely — along with a host of top models, including Gigi Hadid — after being booked in advance for Monday’s big event.

Model Gigi Hadid presents a creation during the 2016 Victoria's Secret Fashion Show at the Grand Palais in Paris, France, November 30, 2016. REUTERS/Charles Platiau FOR EDITORIAL USE ONLY. NOT FOR SALE FOR MARKETING OR ADVERTISING CAMPAIGNS - RTSU3CG (REUTERS)

Sources exclusively told Page Six on Thursday that the “Swish Swish” singer had tried applying for a visa to enter the communist nation, but was denied by Chinese officials.

While she was initially informed that she’d be able to gain access, the decision was apparently reversed after the government caught wind of a controversial incident from 2015, in which Perry donned a bright, glittery dress with sunflowers on it during a performance in Taipei, the capital of Taiwan.

Her outfit wound up causing widespread outrage because the sunflower had been adopted the year before by anti-China protesters.

To drive her point home, Perry also waved a Taiwanese flag during the concert in show of support for the country, which has been butting heads with China for years over its independence.

“She was initially granted a visa to perform at the VS show in Shanghai, then Chinese officials changed their minds and yanked her visa,” a source explained. “For every artist who wants to perform in China, officials comb through their social-media and press reports to see if they have done anything deemed to be offensive to the country. Maroon 5 was banned a few years ago because one band member wished the Dalai Lama happy birthday on Twitter.”

The models, meanwhile, were believed to have been banned due to various social-media posts that they made, which were apparently deemed offensive.

Sources told Page Six that Hadid, who was booked for the show back in August, was banned because of a February Instagram video — in which she held up a biscuit shaped like a Buddha and imitated the religious figure by squinting her eyes.

The clip was posted by the model’s sister, Bella, in February and later deleted following a storm of criticism. Chinese social-media users warned her not to come to Shanghai, calling her racist.

Some of Victoria’s Secret’s biggest names have been denied entry to China, in addition to lesser-known models, such as Julia Belyakova, Kate Grigorieva and Irina Sharipova.

Model Adriana Lima’s visa has been held up due to an ongoing “diplomatic problem.”

Perry’s rep did not comment when reached by Page Six.

She is being replaced in the show by Harry Styles.