In this May 12, 2016, file photo, Katie Couric attends the premiere of her documentary, "Under The Gun", hosted by The Cinema Society in New York. (AP)

Journalist Katie Couric said Saturday that two of her producers were sprayed with urine while they were covering white supremacists and counter-protesters in Charlottesville, Va.

"Two of my producers just got sprayed with urine. Lovely. Hard to keep your cool," she tweeted.

Hundreds of white supremacists descended upon Charlottesville this weekend for a Unite the Right rally that's meant to protest the city's decision to remove a statue of Confederate Gen. Robert E. Lee from a city park. 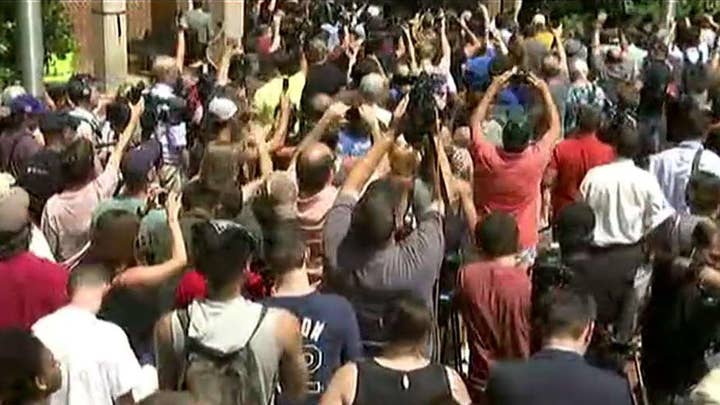 The protests turned violent on Saturday as protesters and counter-protesters clashed, leading to local and state emergencies being declared.