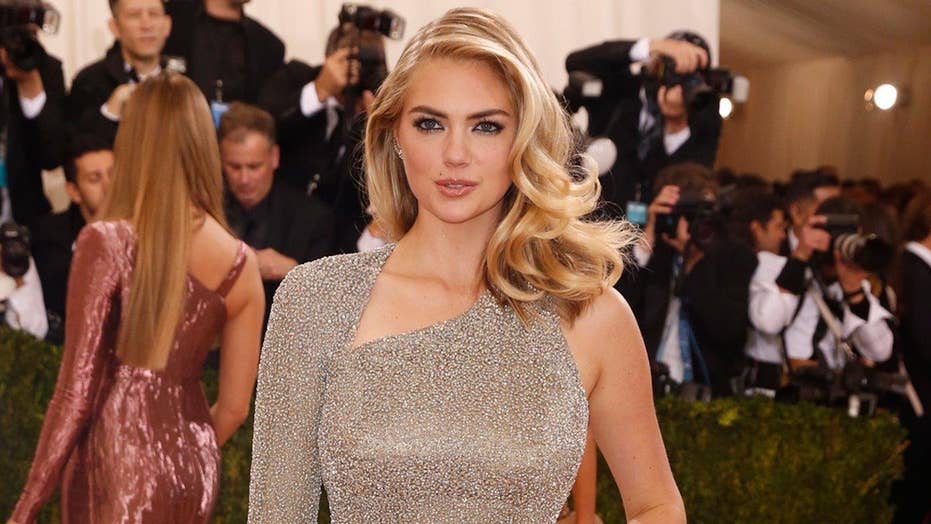 Kate Upton went to bat for her baseball-star fiancé, Justin Verlander, in a hilarious and profane tweet in which she claimed the pitcher was robbed of the American League Cy Young Award.

“Hey @MLB I thought I was the only person allowed to f–k @JustinVerlander ?!” the busty Sports Illustrated model tweeted Wednesday to the official account of Major League Baseball.

“What 2 writers didn’t have him on their ballot?”

Upton was furious that those sportswriters — Fred Goodall of The Associated Press and Bill Chastain of MLB.com — left the Detroit Tigers right-hander off their ballots.

The snub caused Verlander to fall just short of winning the prize, which is awarded to the regular season’s top pitcher. Boston’s Rick Porcello won by five points. The final tally is based on a weighted system in which each writer lists five pitchers, in order.

Verlander “had the majority of 1st place votes and 2 writers didn’t have him on their ballots?!!” the bombshell tweeted. “can you pick more out of touch people to vote?@MLB”

Kate Upton was told to lose weight 'all the time'

Verlander did, in fact, receive the most first-place votes, with 14, while Porcello garnered just eight such votes on the 30 ballots. And the disparity was not lost on Kate.

“Sorry Rick but you didn’t get any 1st place votes? you didn’t win,” Upton wrote. “@MLB keep up with the times and fire those writers.”

Porcello said he wasn’t concerned about the tweet storm, and was just looking forward to celebrating his win.

“I honestly don’t care” Porcello told ESPN. “I’ve got a lot of people around me right now that I love very much and are instrumental in my success. And on top of that, we’ve got some really good bottles of wine that need to be drank.”

Porcello, a New Jersey native and a former teammate of Verlander’s, led the majors with 22 wins.