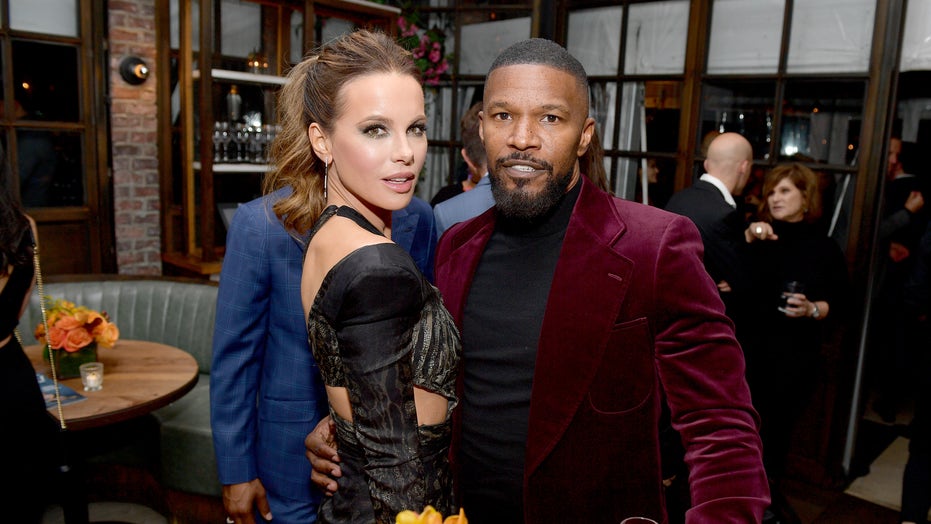 Kate Beckinsale is setting the record straight on rumors that she and Jamie Foxx are dating.

The actress, who recently finalized her divorce, was seen speaking with Foxx, 51, at the Golden Globes Ambassadors Party in Hollywood on Thursday night, and rumors began to swirl.

Beckinsale isn't the only eligible person at the table, either, as Foxx and Katie Holmes' relationship recently ended.

TOM BRADY OPENS UP ABOUT MARRIAGE TO GISELE BUNDCHEN

On Friday, however, Beckinsale, 46, took to Instagram to address the rumors about her relationship with Foxx.

In the photo, Beckinsale stands with Foxx and actor Adewale Akinnuoye Agbaje.

"Lads night at #hfpa party with @therealadawale @iamjamiefoxx..." she said in the caption. "I would like to point out that standing next to someone does not mean I am dating them."

"Currently in line at the dry cleaners, and if that's true, I've got one hell of a problem," she said.

Most recently, Beckinsale has been romantically linked to Pete Davidson, who is now linked to Kaia Gerber.