Katie Holmes and Jamie Foxx have reportedly called it quits on their relationship after six years together.

Foxx had been spotted out and about with other women, most recently at a Los Angeles night club over the weekend with singer Sela Vave. Since then, speculation has run rampant that the “Robin Hood” star and Holmes had broken up.

According to Page Six, Holmes was overheard at a restaurant discussing Foxx’s outing with friends and revealed that they haven't been together for months.

KATIE HOLMES AND JAMIE FOXX ARE A 'REALLY GREAT' COUPLE, HIS DAUGHTER SAYS

“What Jamie does is his business — we haven’t been together for months,” she allegedly said. 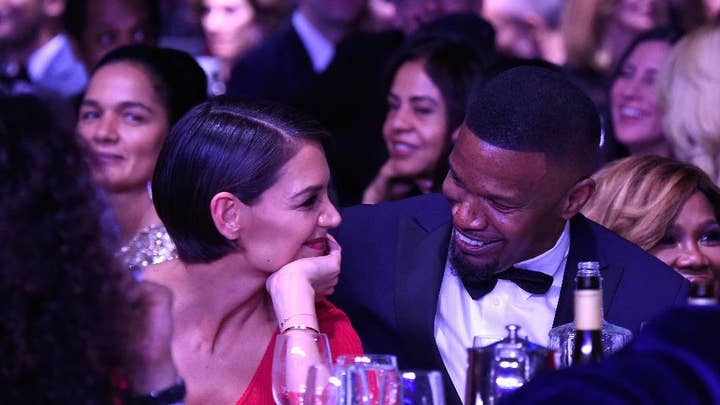 Neither representatives for Foxx nor Holmes responded to Fox News’ request for comment.

The split comes just months after the secretive couple made their first red-carpet appearance at the 2019 Met Gala. They reportedly got together in 2013, roughly a year after her high-profile divorce from actor Tom Cruise, but allowed their relationship to remain one of Hollywood's worst-kept secrets until 2015.

Foxx was spotted in March exiting Mr. Chow in Beverly Hills with a mysterious woman, sparking speculation about a split from Holmes. According to Us Weekly, the actor stepped out with a mystery blonde just days before his outing with Vave.

The stars have not publicly addressed rumors that they’ve split. However, Foxx took to Instagram on the day of the reports to share a sweet post with his daughters, Corinne and Annalise on the set of his show “Beat Shazam.”

“We’ve had an incredible season, seen so many lives changed, heard amazing stories and had a blast!!! Thank you to all u THE FANS for tuning in!!!! Lastly, much love to our contestant Alan who is no longer with us but shed his light on all of us, God Bless his family,” Foxx captioned the image.