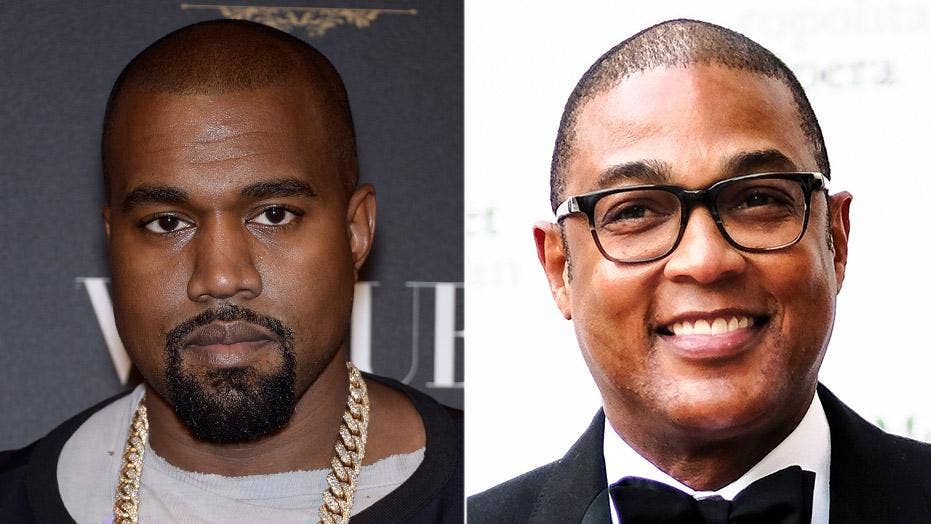 A CNN panel hosted by Don Lemon has been called racist after panelist Tara Setmeyer referred to Kanye West as a 'token negro.'

CNN is under fire for a segment on “CNN Tonight with Don Lemon” in which rapper Kanye West was referred to as “the token negro of the Trump administration.”

West is scheduled to meet with President Trump at the White House on Thursday to discuss a variety of topics including prison reform and how to prevent gang violence. A CNN segment on Tuesday night began with Lemon asking if Trump is simply “using Kanye as a prop to win over black voters before the midterms.”

CNN political commentator Bakari Sellers responded that his issue with the rapper is “quite simple.”

Sellers’ remark prompted laughter from fellow panelist Tara Setmayer – also a CNN political commentator – who informed viewers that the derogatory remark is apparently a decades-old Chris Rock reference. CNN political commentator Scott Jennings – the only white panelist – appeared absolutely stunned at the comment and Lemon made a point to poke fun at the expression on his face.

“Black folks are about to trade Kanye West in the racial draft, OK. They’ve had it with him,” Setmayer said as the panel burst out laughing at West’s expense, again.

“This is not the Kanye West of 2004,” Setmayer said. “Now all of the sudden because he’s put on a MAGA hat and he’s an attention whore like the president, he’s all of the sudden the model spokesperson. He’s the token negro of the Trump administration.”

Setmayer went on to call the situation “ridiculous” and declare that “no one should be taking Kanye West seriously” because he “clearly has issues.”

Fox News contributor Deroy Murdock said “these reprehensible, racist comments on CNN are typical of the Trump-hating Left” that exists in the mainstream media.

“Black Americans who think for ourselves are mocked and degraded with words we last saw under Jim Crow. If President Trump had no black supporters, they would call his circle 'lily white,'” Murdock said.  "Now, one of America's most prominent black entertainers praises and visits the president, and he is trivialized as a 'token' who 'doesn't read.'”

Murdock added that the “only silver lining in this vile cloud is that the supposedly bigoted Trump presidency has delivered the lowest black unemployment in American history.”

CNN tweeted out a clip of the segment and it was immediately slammed as “cringe worthy” and “racist.” One user responded, “This is appalling on so many levels even for your standards CNN.”

Donald Trump Jr. slammed CNN for the segment, calling West a “wildly successful businessman” and asking, “why is free thought & expression so dangerous & scary to liberals?”

Turning Point USA’s Candace Owens told Fox News host Laura Ingraham on Wednesday the segment was “not only racist, it was absolutely despicable.”

“I cannot believe it would be allowed on any network, least of all having a host that’s laughing as if it’s funny,” Owens said.

Journalist Glenn Greenwald also took exception to a comment made when Setmayer said West “clearly has issues” and “has already been hospitalized” as a result of his mental health.

“Exploiting and mocking the fact that someone has previously sought medical treatment for mental health issues in order to disqualify them from participating in public debates and being taken seriously is reprehensible & CNN should be ashamed of itself for airing that,” Greenwald wrote. "What makes CNN's weaponizing of mental health treatment against Kanye West extra repulsive: a mere 4 months ago, the suicide of their own colleague, Anthony Bourdain, followed by Kate Spade's, sparked a national discussion about the dangers of this stigma"