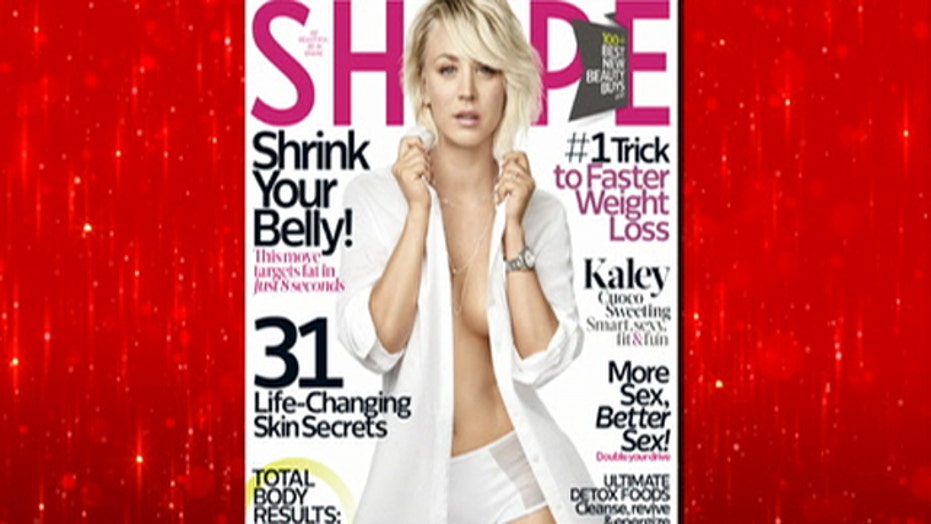 Kaley Cuoco got her body the hard way

It's no secret that Kaley Cuoco has the best abs in Hollywood, but just how does she keep her insane figure?

ET talked to the 30-year-old actress at Saturday night's celebration of the "Big Bang Theory's" 200th episode, where she revealed the exercise that’s done wonders for her.

"Yoga is the secret," Kaley stressed. "Yoga is the reason that I have been [looking great]. It has done everything, mentally and physically. I love it."

WATCH: Kaley Cuoco Is Already Winning 2016 With Her Sexy Style and Flawless Figure

In fact, she said she feels her most attractive after a yoga workout, which she does daily.

"In yoga pants, at home with the dogs, drinking my wine after yoga," she surprisingly said when asked when she feels the sexiest, despite plenty of recent glamorous red carpet appearances.

"I only go to yoga to drink wine, so I'm good," she also joked. "I just throw the calories right back in."

"This is unbelievable," the blonde beauty said about celebrating the sitcom's milestone episode. "To still be number one, it makes no sense. [We have] amazing writers, an amazing cast and crew of people."

"This is a dream come true," she added. "You don't ever think you are ever going to get to a point like this, and then when you are here, it is all about gratefulness, so I am thrilled to be here."

The actress shared her favorite episode ever from the beloved comedy, which involves a special moment between her and actor Jim Parsons' characters, Penny and Sheldon.

"One that I'll always find special -- it was a long time ago -- is our holiday episode where Sheldon and Penny hug for the first time," she shared. "I love that one. But, we've done so many fun ones as a group. The scavenger hunt was fun, and I love when we're all together. It's nice."

Cuoco also revealed her favorite yoga pants to ET, which just so happens to be her hilarious pair printed with current "Bachelor" star Ben Higgins' face on them.