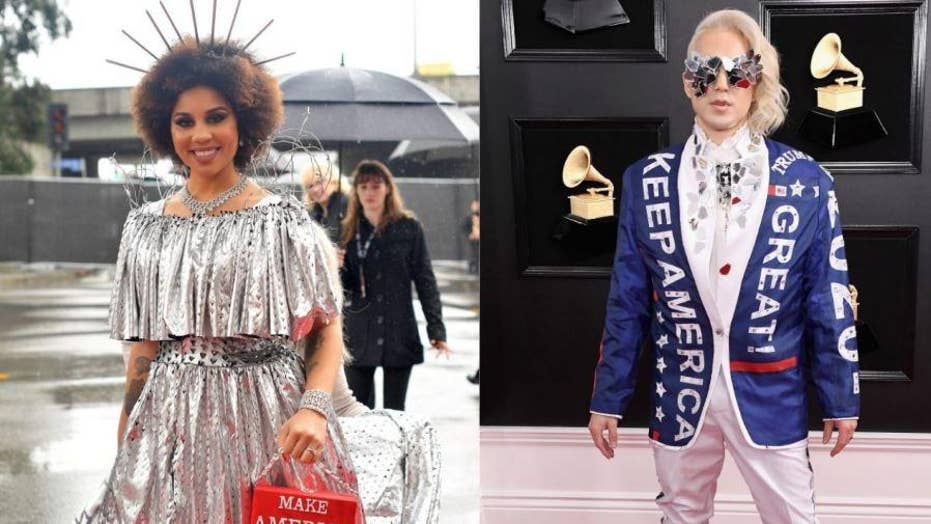 After sparking controversy at the 2019 Grammy Awards by wearing outfits that showed their support of President Trump, singers Joy Villa and Ricky Rebel made the rounds on TV to explain their very colorful endorsement.

On Monday night, Villa dressed as a barbed wire border wall complete with “Build the Wall” scrawled in red on her backside, while Rebel sported a white jacket that he converted on the red carpet to reveal Trump’s name and campaign colors.

Villa, who is known for using her award-show looks to advocate for Trump’s policies, reflected on her latest look during an appearance on “Mornings with Maria.”

“A lot of people were giving me side eye, giving me negative looks, not willing to look me in the eye, scrunching up their face. But, when I walked the actual red carpet, the photographers were screaming at me,” the 27-yeat-old singer told the host.

"Highly unprofessional, these photographers are hired by the Grammys, that’s all they’re supposed to do. They’re screaming, ‘Down with Trump, ‘we hate Trump,’ ‘Trump hates you,’ ‘you’re a traitor and Trump is a traitor.” I was like... this is different. There was way more hate and vitriol this year than in 2017,” said Villa, who was accompanied by the dress’ designer, Desi Allinger

Villa noted that, despite what her critics say, she’s not just wearing the attire to be a troll, but because she actually believes in Trump’s message.

“I know it’s going to trigger people, but my main thing is to support the president, support the wall,” she said. “Now we have other artists coming out, supporting Trump and becoming less afraid. I think it’s a counter-culture shift. More conservatives are going to come out.”

Among those artists is self-described “rebel with a cause” singer Ricky Rebel, who appeared on “Fox and Friends” Tuesday to discuss his support of the president and why he chose to show it at the Grammys. 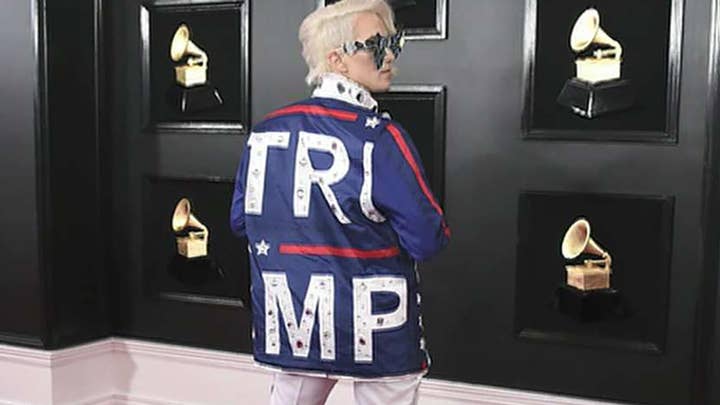 “I did it because I wanted to,” he said. “I love Trump and I love this country. I’ve had to come out of the closet twice and I refuse to stay in the closet, period.”

He explained that his album “The New Alpha,” was largely inspired by the way that Trump makes him feel.

“Trump has inspired me to be an alpha. I’m an alpha because I like to hire people for my shows,” he explained. “I dance and sing and produce music. I love to hire people, I love jobs, I love working and here’s a president who came out and said he wanted, ‘jobs jobs jobs. He wants more money for Americans and he put America first.”