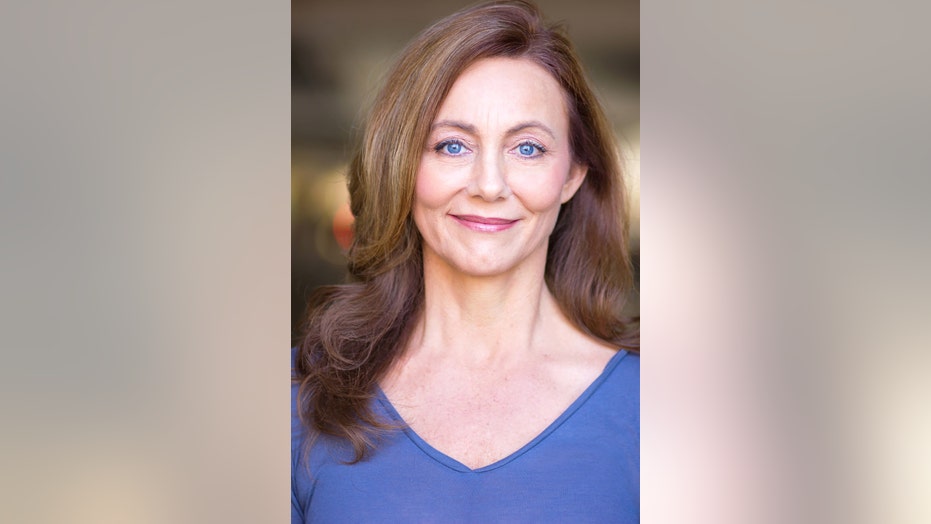 Jan Broberg was abducted twice by the same man in the 1970s, beginning when she was 12 years old — and she’s now looking forward to what the future has in store for her.

“I’ve had some great counselors and therapists, as well as attended wonderful workshops,” the now-56-year-old told Fox News. “I’m strong enough. I have family support. I have the ability to overcome, to forgive, to understand that people can have a life after this trauma. That they can really find help and stand tall, not recycle and live through the trial, the victimhood over and over again. I just had the right support, I think, through the years."

Jan Broberg stressed the importance of how grooming can impact victims and their families. (Courtesy of Jan Broberg)

Broberg, who went on to become an actress, shared her harrowing story in a 2017 documentary titled “Abducted in Plain Sight,” which is currently streaming on Netflix. It details how the Brobergs, a middle-class family in Pocatello, Idaho, befriended a neighbor named Robert Berchtold who is identified in the film as simply “B.”

The man, a seemingly charismatic member of the same congregation of the Church of Jesus Christ of Latter-Day Saints, developed a close bond with the Brobergs before things took a horrific turn.

Berchtold, then in his late 30s, became fixated on the 12-year-old girl right away. According to the documentary, in 1974 they went on a horseback riding trip together and the tween took what she believed were allergy pills; she passed out in his car and woke up to being strapped in his bed. Broberg was sexually assaulted and brainwashed with stories involving aliens.

Refinery29.com reported Berchtold took Broberg to Mexico where the two got married. The outlet shared Berchtold wanted to return back to the United States but needed the Broberg family to agree to the marriage in order to cross the border. The Broberg family did not agree. Instead, they flew to Mexico and retrieved their daughter. Berchtold was charged with kidnapping when he returned to the U.S.

At the time, Broberg was confused, believing she really was in love with Berchtold. Refinery29.com shared that in 1976, Broberg ran away from home. It eventually came to light that Berchtold, who was then living in Salt Lake City, Utah, enrolled Broberg in an all-girls school in Pasadena, Calif. He told the school he was CIA and the pair were on the run. Therefore if anyone came looking for Broberg, "they were the bad guys." The FBI did contact the school, but they were reluctant to share Broberg's information.

The FBI was ultimately able to get Broberg out of the school, returning her back home to Idaho. Berchtold was charged with kidnapping again.

In the film, Broberg’s parents, Mary Ann and Bob Broberg, also claimed that Berchtold manipulated them to engage in separate sexual encounters with him. Berchtold would go on to use the information as blackmail.

Jan Broberg and her family, circa 1970s. — Courtesy of Jan Broberg

Broberg admitted she was not aware of her father’s secret until after filming, which was completed before his passing in late 2018 at age 80.

“None of us were together when we did our interviews for the documentary,” Broberg explained. “So none of us knew what the other said… I think it was a very cathartic experience for my dad… He said [the experience] was wrong, and he took full responsibility for something that he thought was wrong. It was amazing how B manipulated people into doing whatever he wanted to them.”

Since the film was released on Netflix, Broberg has been outspoken in sharing how the abuse she and her family endured impacted them over the years. She recently participated on Oxygen Channel’s weekend-long CrimeCon, a festival dedicated to true crime programming in New Orleans, to share how predators groom their victims, as well as the warning signs one should look out for.

And yet despite it all, Broberg insisted she has a wonderful relationship with her mother, 81, and doesn’t fault her for trusting Berchtold.

Jan Broberg and her mother received The "Hope" Award in Washington, DC from The National Center for Missing and Exploited Children. (Courtesy of Jan Broberg)

“People always ask me how I could forgive my parents,” she said. “Forgive my parents? My parents had no idea what he was. The only person I should work on forgiving was the actual perpetrator, the master manipulator… My mom was so distraught by what happened to me. She felt terrible… I went through a period of time in my 20s when I was analyzing my life and I would go, ‘Why didn’t you know? Why didn’t you see?’ But I had the kind of parents where I can yell and cry and they just listen. They acknowledged what I had to say and continued to love me and tell me they were so sorry. They didn’t know and they wished they had been better educated on these kinds of things."

“They just thought there’s no way this man could do that,” she continued. “He was a family friend. He had five children of his own and was a churchgoer. There’s just no way he would hurt another child. But that’s the point. That’s how predators and pedophiles are. That’s how it happens and that’s how it’s still happening.”

In 2003, Mary Ann published a memoir titled “Stolen Innocence,” which detailed Broberg’s terrifying ordeal. Newsweek reported Berchtold filed a lawsuit against mother and daughter, claiming the book was full of lies. Berchtold would even attend some of their book talks. Six other women alleged Bechtold had sexually abused them as children. He then served one year in prison for the rape of one of the children.

The outlet shared that a group of bikers, known as the Bikers Against Child Abuse, began to attend the book talks to offer Broberg protection from Berchtold. He ran into them at a talk and a fight ensued. Berchtold was then charged for aggravated assault and possession of a firearm. Before his sentencing, Bechtold committed suicide in 2005 at age 69.

Broberg said she’s grateful for the chance to share her experience with others and educate them on how such abuse can easily occur. Still, she does have her days when relieving the past can become unbearable.

“By the time I was turning 30, I’ve done a workshop that allowed me to say how to separate what I have been through from myself,” she said. “I didn’t have to let this trauma run my life. It didn’t have to be with me all the time. But sometimes I have to take a step back. I have to step away, enjoy my kids, go on vacation — just step away from it. And I can. I’ve learned how to stay strong from this experience and I knew that’s how I wanted to be. I wanted to be an advocate, a voice for those who are too scared to speak up.

“The fact that anyone is blaming or shaming my parents has got it all wrong. They’re not pointing the finger squarely at where they should be pointed at — the master manipulator. The sociopath who burned my father’s business to the ground. Kidnapped their daughter twice. Sexually assaulted her for years and years.”

Broberg said in about two months she will release a book, also titled “Abducted in Plain Sight,” which will further explore the grooming process, an element of her abuse that Broberg said wasn’t fully explored in the film.

“It goes into all the wonderful, fun times we had with this family before he strapped me to the bed of a motor home, kidnapped, drugged and brainwashed me,” said Broberg. “It’s unbelievable, the deception. And the deceit was devastating.”

Today, Broberg hopes her story will inform audiences that the kind of abuse she was faced with could happen to any other family in this country.

Jan Broberg and her family. (Courtesy of Jan Broberg)

“It’s not the scary stranger,” she said. “That’s a misconception. The vast majority of children who are abused, it’s by someone they know. Someone their parents love and trust. That’s a conversation we need to have. And the misconception is, I would know, I would see, my child would tell me. And that’s just not true. My family ate dinner every night around the table. We had no electronics to get in the way of communication. We were listened to as kids. We were always invited to talk openly.

"But the predator is masterful and patient. Somebody may feel something in their gut, but they’re not willing to go there because that person is our favorite uncle or school teacher. So even if we sense something, or we see something that seems off, we’re not willing to go there because it’s just not possible. Grooming happens over time. And that’s a conversation we need to have.”