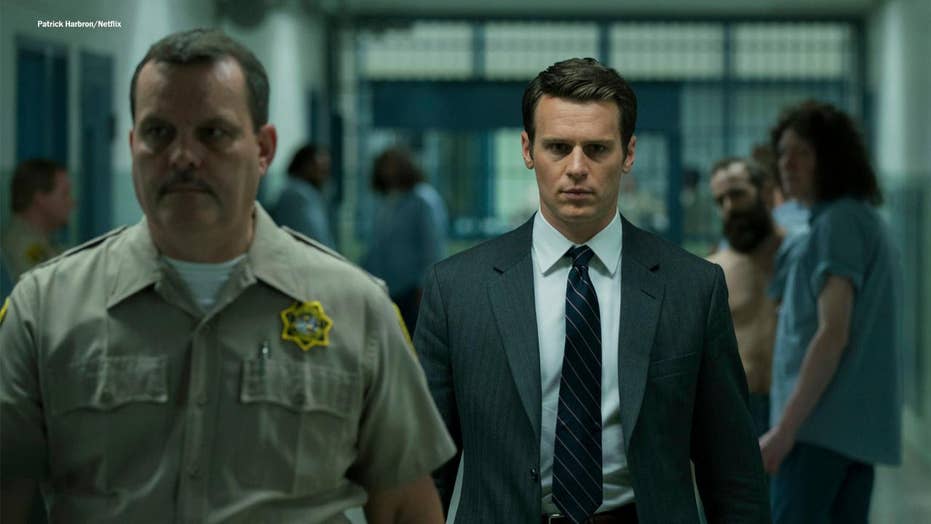 Real 'Mindhunter' John Douglas reveals what made 'Angel of Death' Donald Harvey different from other murderers, dishes on his new book 'The Killer Across the Table: Unlocking the Secrets of Serial Killers and Predators with the FBI's Original Mindhunter.'

NEW YORK – Former FBI special agent John Douglas spent his career interviewing some of the most horrific serial killers of all time — but there is one who still haunts him today.

“One was Gary Heidnik out of Philadelphia,” the 73-year-old told Fox News.

"He was even worse than the guy Buffalo Bill in the movie ‘Silence of the Lambs’" said Douglas, whose work profiling serial killers inspired Netflix’s true crime drama “Mindhunter.”

"Heidnik would fill the pit up with water and not drown [his victims] but have them stand in water up to their necks and then get electric wire and torture them while they were in the water. What made it even worse was after he killed them he then would put the victims in a meat grinder and fed the [other] victims… He was definitely shocking."

Gary Heidnik, known as the "House of Horrors" killer, committed crimes so heinous that former FBI agent John Douglas is still haunted by them.

The now-retired FBI profiler recently published a book titled “The Killer Across the Table,” which delves deep into the lives and crimes of four disturbing criminals, as well as details the profiling processes he used to crack the cases. Throughout his career, Douglas has confronted notorious murderers, including Ted Bundy, Charles Manson, Edmund Kemper, and “BTK” Dennis Rader, among others.

But Heidnik stuck with him.

"I did that interview with Lesley Stahl for ’60 Minutes.’ It was one of her first interviews. They were about ready to run out of the room during the interview of this guy. He was probably one of the worst ones that I interviewed. There are others but he was pretty bad.”

Heidnik lured six women to his home between November 1986 and March 1987. He kept them half-naked and in chains in the basement of his house. He raped and killed all of them, as well as dismembered two. Heidnik was executed in 1999 at age 55.

Douglas’ work profiling serial killers has inspired Netflix’s true crime drama “Mindhunter,” which is adapted from his 1995 book “Mindhunter: Inside the FBI’s Elite Serial Crime Unit.” The Telegraph reported Douglas was extensively consulted by Thomas Harris when the crime writer was researching “Silence of the Lambs.” The outlet shared Douglas also served as inspiration for the series “Criminal Minds” and also worked as a consultant in the 2009 film “The Lovely Bones.”

One of Douglas’ infamous subjects explored in “The Killer Across the Table” is Donald Harvey, whom he described as the most prolific serial killer to date in American history.

Harvey, known by the press as “The angel of death,” pleaded guilty in 1987 to killing 37 people, mostly while he worked as a nurse’s aide at hospitals in Cincinnati and Kentucky. He later claimed he was responsible for killing 18 others while working at the Veterans Administration Medical Center in Cincinnati. Harvey told his former attorney the killings began in 1970 at Marymount Hospital in Kentucky.

Many of Harvey’s victims were chronically ill patients and he claimed he was trying to end their suffering. Prosecutors said Harvey used arsenic and cyanide to poison most of his victims, often putting it in the hospital food he served them. Some of the victims were suffocated when he let their oxygen tanks run out. Twenty-one of the people Harvey killed were patients at the former Drake Memorial Hospital in Cincinnati, where he worked as a nurse’s assistant.

Serial killer Donald Harvey was beaten to death in his cell at the state's prison in Toledo.  (AP Photo/Al Berhman)

“What made Harvey so different and where he didn’t become a suspect is… it didn’t have to be predatory,” explained Douglas. “He didn’t have to go out on a hunt. He didn’t have to go on the Internet looking for victims. The victims were in the hospitals. He could go and work at wards, certain wards, where people were very, very sick. Deathly ill. He soon found out that he could kill these people. He made it sound like he was a mercy killer but he was not a mercy killer because some of the things he did were sadistic to the victims, like sticking a coat hanger up through a catheter into a patients abdomen.”

Douglas claimed we don’t truly know how many people Harvey killed because the methods used are difficult to detect.

“It could be in the 90s as they say because the way he was killing them, an autopsy would not detect the way he killed them,” said Douglas.

Harvey was ultimately caught after a medical examiner smelled cyanide while performing an autopsy on a victim. After he pleaded guilty to avoid the death penalty, Harvey told a newspaper that he liked the control of determining who lived and died. He died in 2017 at age 64 while serving multiple life sentences after he was beaten by an unnamed person in his prison cell.

Douglas said one of his most memorable interviews was with Charles Manson, whom he once described as a satanic messiah who's “manipulative and charming.”

“What’s amazing about him is how can this 5’2” little guy have the power and control over so many people?” said Douglas. “When you talk to him, it’s almost kind of singsong and like a preacher… He’s a very good reader of body language… During the interview, he said, ‘I got to take something from you. I’ve got to steal something from you.’ [I said], ‘What are you talking about?’ He says, ‘Because everyone knows I’m talking to the FBI right now and I got to give the impression back to them that I took something belonging to you.’

“[I go], ‘Like what?’” continued Douglas. “He goes, ‘Those nice sunglasses you have right over there.’ I said, ‘These are expensive.’ He goes, ‘I’ve got to have it.’ I give him the sunglasses so he has [them] to go back into his cell and say, ‘… Look at what I took. They didn’t even know I ripped them off. I took these glasses from them.’”

Sharon Tate was expecting her first child at the time of her death at the hands of the Manson family. (Getty)

The hippie cult leader who masterminded the gruesome murders of pregnant actress Sharon Tate and six others in Los Angeles during the summer of 1969 died of natural causes in 2017 after nearly a half-century in prison.

Douglas also recalled speaking with Jerry Brudos, who preyed on young women in Oregon during the late ‘60s. Brudos, known as “The Lust Killer” and “The Shoe Fetish Slayer,” was one of several criminal personalities featured in Season One of “Mindhunter.”

“He said, ‘John, I have hypoglycemia,’” recalled Douglas. “‘When I have an attack I can just walk off to this building and kill myself accidentally because I’m just out of my mind.’ What he’s doing is giving me what you call excuse abuse. That the reason he killed all these women and cut off their foot and took pictures of them wearing high heel shoes is because of this hypoglycemia attack that he would have… If you hear something like that you kind of chuckle and then you’ll say, ‘Wait a minute. I know the case you’re talking about. You didn’t do that.’”

The New York Daily News reported Brudos’ original plea was not guilty by reason of insanity. However, psychiatrists determined that although he was extremely twisted, Brudos’ crimes were not only well-planned but he was aware of his actions. He then changed his plea to guilty, got life in prison and died of cancer in 2006.

Douglas said he hopes his new book will compel readers to become more cautious of their surroundings, especially those attempting to find romance online — a place where predators could be “fishing” for their next victim.

“You have to be suspicious of people,” he explained. “You don’t want to make everyone paranoid… but with these dating sites that women go on, you better be a profiler yourself. You better be able to ask questions about the person. They could be lying but you’ve got to ask enough questions… Don’t randomly go with someone who looks nice, looks decent. You can’t go by looks.”