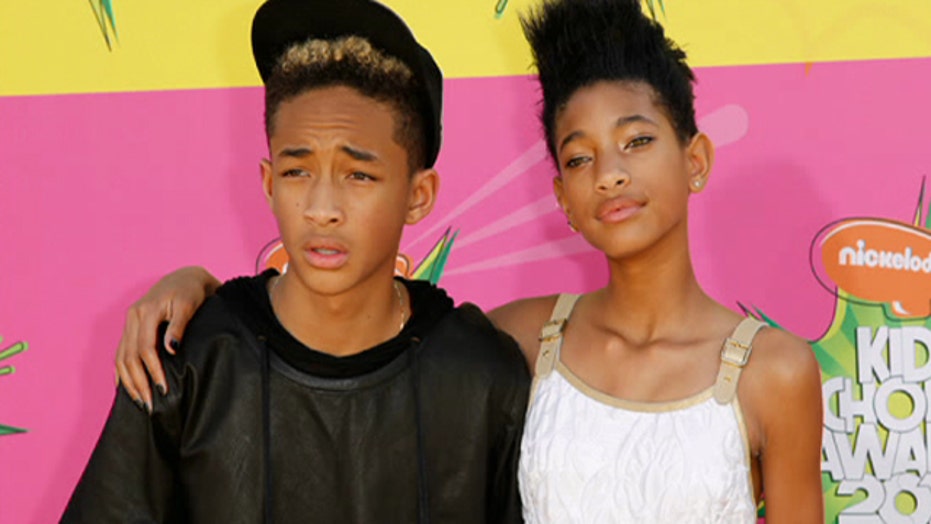 Willow and Jaden gave one nutty interview, but who was the nuttiest?

What goes through the minds of Jaden and Willow Smith, the children of superstar actor Will Smith and "Gotham" star Jada Pinkett Smith?

In a new in-depth interview with the New York Times’ T Magazine, Jaden, 16, and Willow, 14, discuss their unusual thoughts on life, music, time and Driver's Ed.

Let's start with this: For the brother-sister pair, time doesn't really exists.

"I mean, time for me, I can make it go slow or fast, however I please, and that’s how I know it doesn’t exist," Willow says during the interview.

Jaden attempts to add his own spin on Willow's point. "It’s proven that how time moves for you depends on where you are in the universe. It’s relative to beings and other places. But on the level of being here on earth, if you are aware in a moment, one second can last a year. And if you are unaware, your whole childhood, your whole life can pass by in six seconds. But it’s also such a thing that you can get lost in."

To which Willow adds, succinctly: "Because living."

"Right, because you have to live," Jaden says. "There’s a theoretical physicist inside all of our minds, and you can talk and talk, but it’s living."

The interviewer, Su Wu, asks the pair what they are reading these days, to which Willow replies: “Quantum physics. Osho.”

“‘The Ancient Secret of the Flower of Life’ and ancient texts,” Jaden adds, “things that can’t be pre-dated.”

But wait. Later in the interview Willow seems to contradict herself, saying really she only likes to read what she writes herself. Jaden brags that his sister has been writing novels since she was six years old.

“There’re no novels that I like to read so I write my own novels, and then I read them again, and it’s the best thing,” Willow says.

Jaden explains they’ve had a similar experience with their music.

“Honestly, we’re just trying to make music that we think is cool,” he admits. “We don’t think a lot of the music out there is that cool. So we make our own music. We don’t have any song that we like to listen to on the [Pacific Coast Highway] by any other artist, you know?”

(Sorry, other artists, you are only being listened to on lesser roads.)

A possible explanation for their responses in the interview? Perhaps their views on traditional schooling....

“Kids who go to normal school are so teenagery, so angsty,” Jaden insists.

Willow chimes in, “They never want to do anything, they’re so tired.”

And the truth is, Jaden claims, “You never learn anything in school.”

“Think about how many car accidents happen every day. Driver’s ed? What’s up?” he muses. “I still haven’t been to driver’s ed because if everybody I know has been in an accident, I can’t see how driver’s ed is really helping them out.”

(Wait a sec, who's driving them down the PCH?)

Willow agrees with her brother’s take on school, explaining that she tried it for one year and it was “the best experience but the worst experience.”

So for the kids that could have everything in the world, what’s worth spending money on?

“A canvas. Paint. A microphone,” says an artsy Willow.

A more technical Jaden answers, “Something that’s worth buying to me is like Final Cut Pro or Logic.”

The pair seems confident they will be making a big mark on this world in the future.

“I have a goal to be just the most craziest person of all time,” Jaden says. “And when I say craziest, I mean, like, I want to do like Olympic-level things. I want to be the most durable person on the planet.”

Willow concludes, “I think by the time we’re 30 or 20, we’re going to be climbing as many mountains as we can possibly climb.”

Click here to read the entire interview from T Magazine.