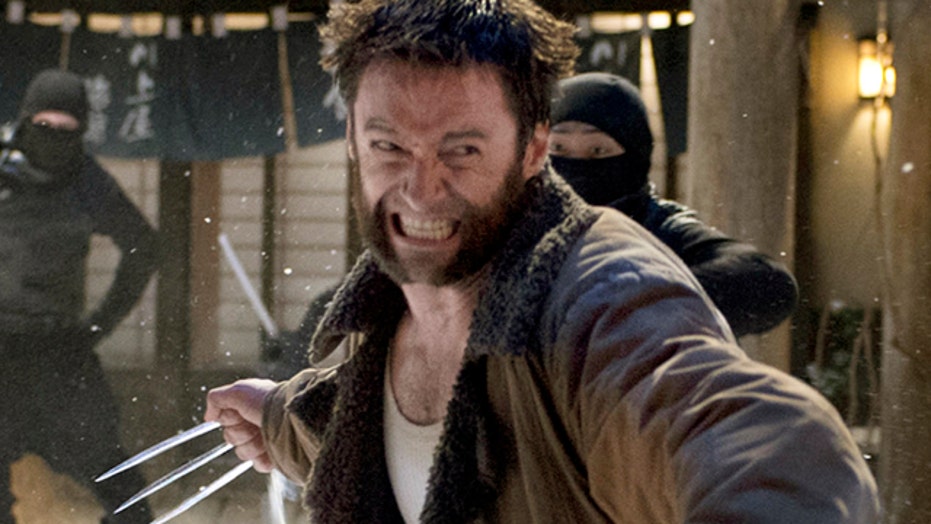 NEW YORK – Action star Hugh Jackman has worn the metal claws of "The Wolverine" way more times than Robert Downey Jr. has donned his Iron Man armor, but Jackman tells FOX411 he’s having “more fun now than ever.” This summer’s "Wolverine" installment, set in Japan, brings in new villains as well as some familiar faces from X-Men past. We sat down with Jackman to ask him about his diet, workout routine, and how those claws really work.

FOX 411: What do you like the most about the new "Wolverine"?

Hugh Jackman: The Samurai story that took place in Japan, I've been dying to make. I've had it in my head in some way shape or form, and when I got in with Jim Mangold he said, "Hugh I see this is as 'The Outlaw Josey Wales,' a great Eastwood movie." And tonally it was different, fresh. I feel like we got closer to the comic book character and I’m really proud of that.

FOX411: The fight scenes are different this time around, what does that entail?

Jackman: You have to train for weeks. The physical training just to get into that shape, which is months or years in this case. Then it's intense, the eating, and then martial arts training probably for a couple hours a day. That built in with the stunt work it's very very physical. I used to get out of bed 4 o’clock in the morning and I’d be to [wy wife] Deb complaining, typical man… life is so hard, I gotta train… and by this point she's like, you love it, get out of bed.

Jackman: Trust me I would never be in this shape, not in a million years. There’s no way I'm waking up and working out for three hours a day unless I was getting to play this part, but it's a great motivation. All you have to do is open up one comic book and say "Oh, gotta go to the gym!"

Fox 411: What’s your cheat meal then, the first thing you have when they say wrap?

Jackman: Burger with everything, fries, chocolate shake. And it's got to be good. That's the first thing I have. I follow it up with some lasanga some chocolate fudge of some kind and then about 11 o’clock at night a massive bowl of cereal could be anything, granola, all this stuff I'm not allowed. Simple stuff. Alcohol, beer, wine, yes lots of stuff.

Fox 411: You’ve played this role six, going on seven times more than any other actor who’s done a super hero. What does that mean to you?

Jackman: It means I didn't get the memo that I was meant to move on (laughs). It means a lot, in all seriousness, I love this part. I've been around long enough in this business to know great parts like this don't come along very often and as long as the part continues to grow and the reason for doing is there and that continues to grow ,and let's face it, that the audience still wants to see it, I don't see any reason to give it up. I'm having more fun now than ever.

Fox 411: What’s the number one fan question that you get asked about "Wolverine"?

Jackman: The claws. How do the claws work, and that's really quite simple. They're always like, oh that's it? It'd be like telling a magic trick. That's the number one thing, particularly kids want to know: how do you make those claws work?

Jackman: It's very simple -- it's a little rubber thing with wire connected to it and the claws fit in. Bang.