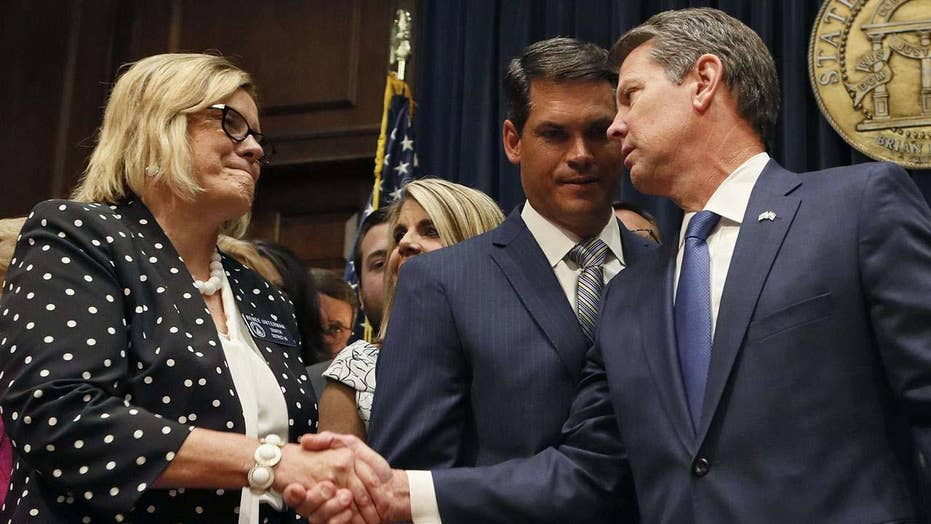 TV and movie industries largely ignore call for a boycott on filming in Georgia over the state's 'heartbeat' abortion law; reaction and analysis on 'The Five.'

Georgia and Hollywood are worlds away from one another, physically and culturally, but irresistible tax incentives have turned the state into a filming powerhouse dubbed "Hollywood of the South." Productions as big as Marvel Studios' superhero blockbusters and shows like "Stranger Things" and "The Walking Dead" call the state home base, and some have not shied away from throwing their weight around when values clash with proposed laws.

But in the week since Georgia Gov. Brian Kemp signed into law one of the nation's most restrictive abortion laws, none of the major film or television studios have commented on the issue or altered production plans. The backlash has been limited to smaller production companies, like Color Force ("Crazy Rich Asians"), Killer Films ("First Reformed"), "The Wire" creator David Simon of Blown Deadline Productions (HBO's "The Deuce") and the Duplass Brothers Productions (HBO's "Room 104"). Some actors and actresses, like Alyssa Milano, Mark Hamill and Mandy Moore, have suggested they will boycott filming in the state.

Jordan Peele and J.J. Abrams, meanwhile, are proceeding with plans to shoot their HBO show "Lovecraft County" in Georgia in the next few weeks, but have said that they will donate 100 percent their "episodic fees" to organizations fighting the law including the ACLU of Georgia and Fair Fight Georgia.

The muted reaction is in striking contrast to what happened just three years ago when Netflix and Disney threatened to pull productions if a law allowing faith-based refusal of services to LGBTQ persons was passed. Other companies also publicly denounced that proposed law, including AMC, Time Warner, Lionsgate, Sony, NBC Universal and CBS.

Georgia's "heartbeat bill" would ban abortion once a fetal heartbeat is detected, which can be as early as six weeks, before many women know they are pregnant. Unless it's blocked in court, it is set to go into effect in 2020. The ACLU has already said the group will mount a legal challenge.

DEAN CAIN: HOLLYWOOD BOYCOTT OF GEORGIA OVER HEARTBEAT BILL IS AN 'ABSOLUTE JOKE' 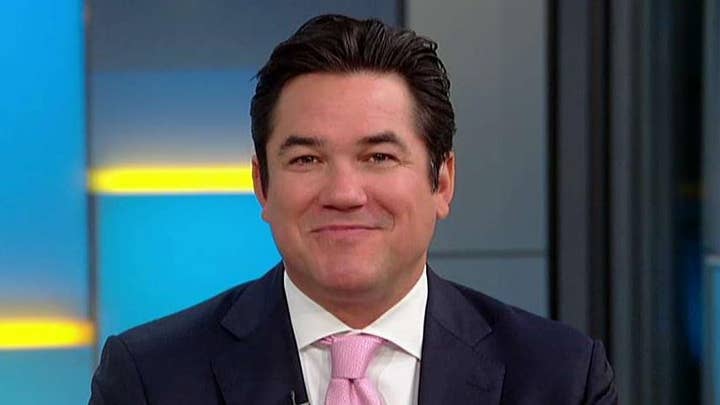 "Film and television production in Georgia supports more than 92,000 jobs and brings significant economic benefits to communities and families," said Chris Ortman, a spokesman for the industry lobbying group The Motion Picture Association of America in a statement last week. "It is important to remember that similar legislation has been attempted in other states, and has either been enjoined by the courts or is currently being challenged."

The MPAA said it continues to monitor developments.

Some believe knowing they still have time until 2020 is part of the reason big entertainment industry players haven't spoken out yet. Another is that for some the issue intersects with religious beliefs and few companies want to wade into that territory. Others point to resistance to boycotts among critics of the law in Georgia.

Matt Donnelly, a senior film writer for the Hollywood trade Variety, noted that the same day some called for boycotts, there were also a "wave of stories that it had fizzled out" in part because of pledges like the one Abrams and Peele made to donate money but keep production in the state.

"That to me is a sort of murky pivot that allows people to keep their jobs and tax rebates and also seemingly support the cause," Donnelly said. "(It's) more of a solution for Hollywood than it is addressing the values and the morality the boycott raises for women across this industry." 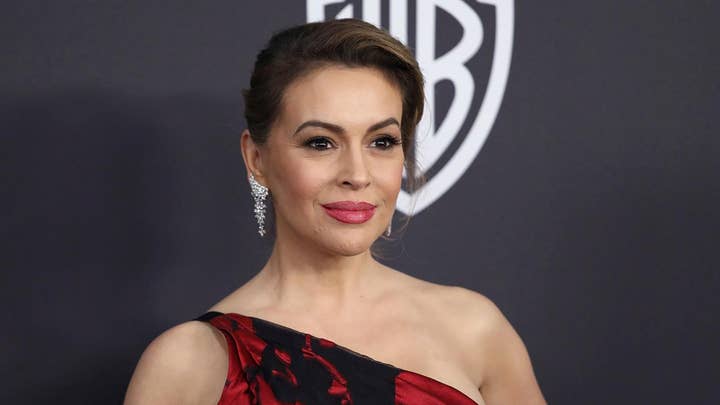 The issue is bound to get only more complex, as the governor in neighboring Alabama on Wednesday signed the nation's most stringent anti-abortion measure into law . Louisiana, another favored filming venue that offers generous tax incentives, moved closer to approving its version of a fetal "heartbeat bill."

STEYN: ALYSSA MILANO'S 'SEX STRIKE' IS AN ATTEMPT AT 'WOKE-NESS'

Many Georgians, from politicians to the people who work on film sets, worry about the adverse effects of the law.

Stacey Abrams, who narrowly lost a contentious gubernatorial race against Kemp, tweeted Wednesday that she respects the calls for a boycott, "but I do not believe it is the most effective, strategic choice for change."

Georgia's Democratic lawmakers have urged Hollywood to keep production in the state. Boycotts, some say, are not the response they're looking for.

The impact would not only be felt by actors, directors and writers but also by low-income Georgians and small businesses contracted to provide catering, maintenance and construction, said Crystal Redman, executive director of SPARK Reproductive Justice Now, a grassroots Georgia group that has advocated against the abortion law. 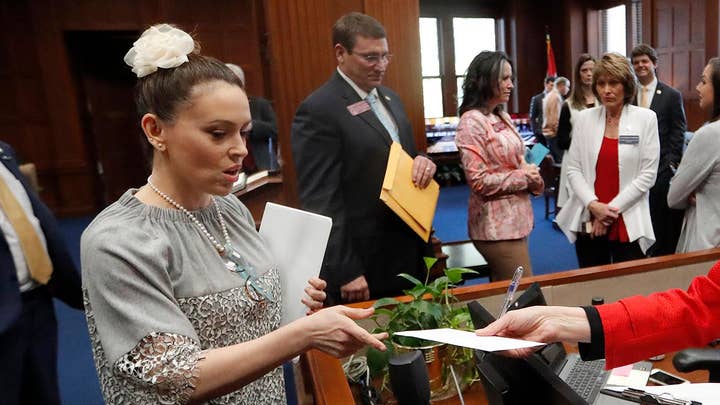 Molly Coffee, a film production designer in Georgia, helped start a petition with other women in the film industry urging Hollywood not to leave the state and emphasizing her commitment to fight the new abortion law.

"It's very easy, from California, to make a statement that you're not going to spend your dollars in Georgia," Coffee said. "It's important for people to ask the women of Georgia how they feel."

Staci Fox, CEO of Planned Parenthood Southeast, said a boycott would be counterproductive.

"I understand the power of a boycott but I'm not in favor of any Georgian losing their job because when women lose their jobs the first thing that goes is women's health care," Fox said. "They stop accessing birth control or stop getting pap smears and then we get in this loop where now we're facing unintended pregnancy."

Fox instead urged those with big platforms to remind Georgians that abortion is still legal, adding that the organization is getting hundreds of confused phone calls from concerned women.

Heather Hutton, a filmmaker in Georgia who started out working on set design for "The Walking Dead," said she would like to see Hollywood stay and fight.

"Women would like to see Hollywood stand next to us and fight with us because we don't have deep pockets like they do," she said.