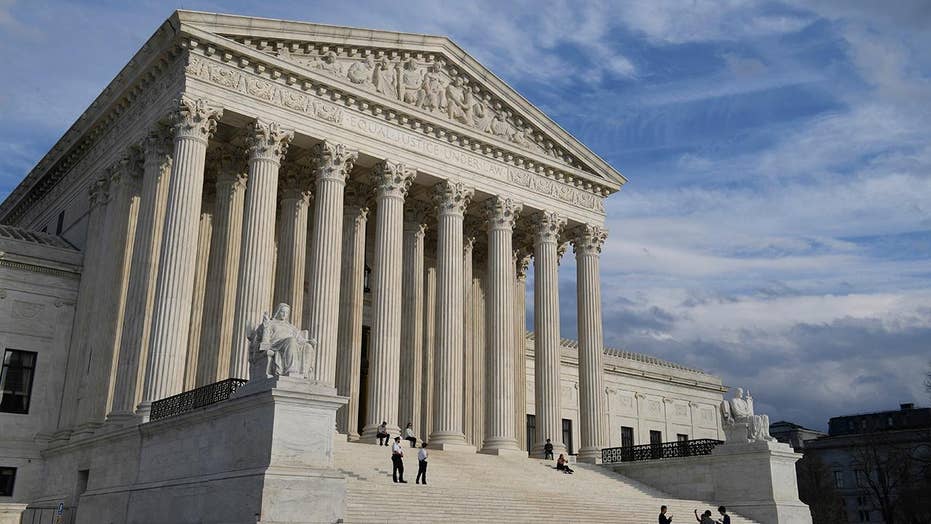 Alabama's Republican-controlled Senate votes to make it a felony for doctors to perform abortions, unless the mother's life is in danger; Jonathan Serrie reports.

The law will make nearly all abortions in the state illegal and make performing one a felony, punishable by up to 99 years or life in prison unless the mother’s health is at risk, with no exceptions for women impregnated by rape or incest.

The American Civil Liberties Union (ACLU) vowed to sue after the state Senate approved the measure Tuesday night. On Wednesday evening the group followed up in a tweet: "You can’t say we didn’t warn you, @GovernorKayIvey. See you in court."

Republican state Rep. Terri Collins, who sponsored the bill, aimed to reignite the debate surrounding Roe v. Wade, the 1973 Supreme Court decision that legalized abortion across the nation, and to push justices to overturn the landmark ruling. Currently, the law will not be enforceable because of the current Supreme Court ruling that makes abortions a constitutional right. Ivey acknowledged this upon signing the bill.

"In all meaningful respects, this bill closely resembles an abortion ban that has been a part of Alabama law for well over 100 years. As today’s bill itself recognizes, that longstanding abortion law has been rendered “unenforceable as a result of the U.S. Supreme Court decision in Roe v. Wade," she said.

"No matter one’s personal view on abortion, we can all recognize that, at least for the short term, this bill may similarly be unenforceable. As citizens of this great country, we must always respect the authority of the U.S. Supreme Court even when we disagree with their decisions.  Many Americans, myself included, disagreed when Roe v. Wade was handed down in 1973. The sponsors of this bill believe that it is time, once again, for the U.S. Supreme Court to revisit this important matter, and they believe this act may bring about the best opportunity for this to occur."

A Fox News poll conducted in February tallied voters' familiarity with Roe v. Wade, and 48 percent said they are “extremely” or “very” familiar with the ruling while the exact same number are “somewhat” or “not at all” familiar with the case.

Moreover, 57 percent of voters say the Supreme Court should let the 46-year old ruling stand; that number jumps to 68 percent among those who are familiar with the case.