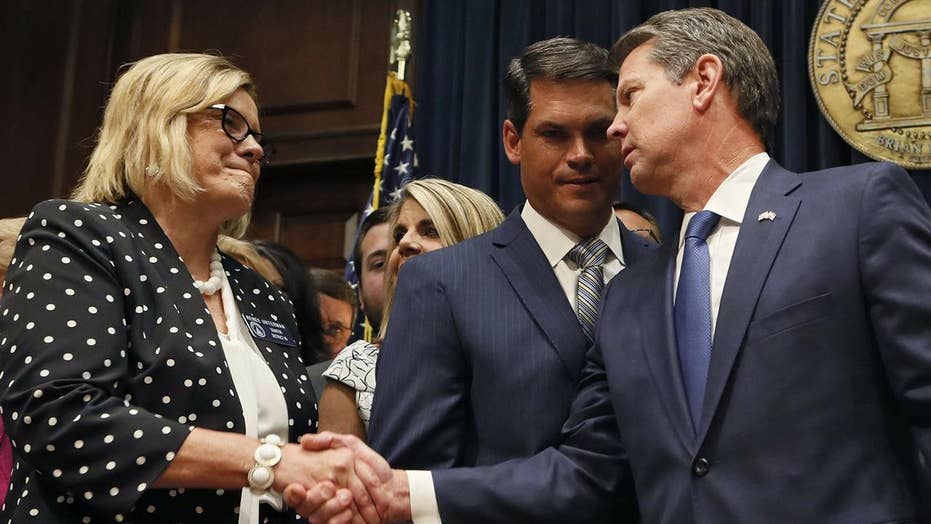 Busy Philipps on Tuesday opened up about an abortion she had at age 15 after Georgia Gov. Brian Kemp signed into law the controversial “heartbeat” bill, saying she is “really scared” for women throughout the country.

Philipps, 39, addressed what has been called the most extreme abortion law in the nation on her talk show “Busy Tonight.” The bill, if not blocked, will prohibit abortions after a heartbeat is detected, as early as six weeks into pregnancy—with the exception of rape, incest or if the mother’s life is in danger.

“No bill that criminalizes abortion will stop anyone from making this incredibly personal choice, but these laws will put more women at risk,” Philipps said. “Every woman deserves compassion and care, not judgment and interference when it comes to their own bodies.”

Philipps acknowledged the controversy surrounding the issue, but argued that women and their doctors are in the best position to make the decision.

“I know that people feel very strongly about abortion, but let me just say this. Women and their doctors are in the best position to make informed decisions about what is best for them,” Philipps said. “Nobody else. Nobody.”

BUSY PHILIPPS SAYS SHE WAS RAPED AT 14: 'IT'S TAKEN ME 25 YEARS TO SAY THOSE WORDS'

The “Cougar Town” star then shared her own personal experience with abortion.

“I had an abortion when I was 15 years old and I’m telling you this because I’m genuinely really scared for women and girls all over the country,” Philipps said.

Current law allows women in Georgia to seek an abortion during the first 20 weeks of pregnancy. If it’s not blocked in court, the new ban would take effect Jan. 1.

Lawmakers in other states including Tennessee, Missouri, South Carolina, Florida, Texas, Louisiana and West Virginia, are considering similar proposals. A bill that recently passed the Alabama House would outlaw abortions at any stage of pregnancy, with a few narrow exceptions.

“I spoke about my abortion on my show tonight because I can not (sic) sit idly by while women’s rights are stripped away,” Philipps tweeted after the show.