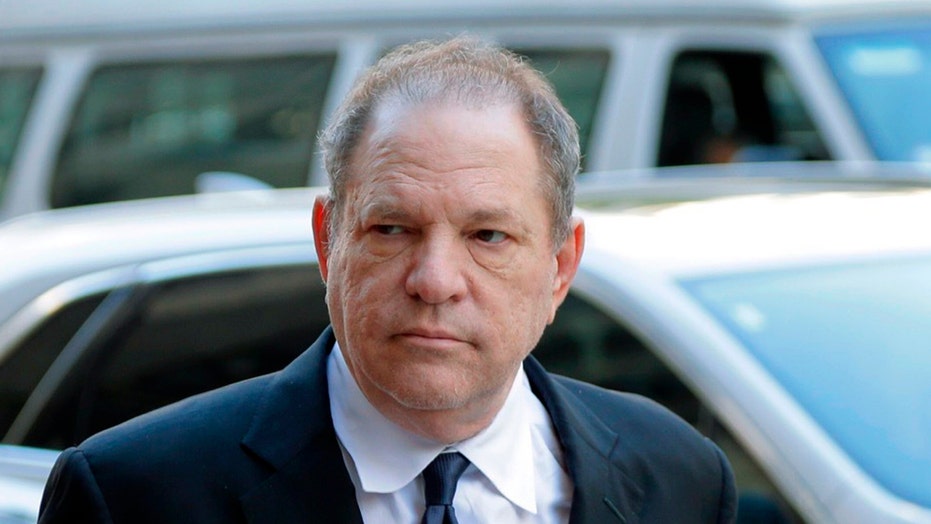 Harvey Weinstein believes he's the first movie mogul to place women in power, despite dozens of sexual misconduct allegations and an impending assault trial before him.

Weinstein, 67, boasted about his legacy in the film industry in a new interview from his hospital bedside after undergoing back surgery.

HARVEY WEINSTEIN VIOLATED THE TERMS OF HIS RELEASE, PROSECUTORS SAY

Harvey Weinstein leaves court after his arraignment over a new indictment for sexual assault on August 26, 2019 in New York City. The new charges against the movie mogul are from an indictment involving the actor Annabella Sciorra.  (Yana Paskova/Getty Images)

"I feel like the forgotten man," the disgraced film producer told the New York Post on Friday. "I made more movies directed by women and about women than any filmmaker, and I'm talking about 30 years ago. I'm not talking about now when it's vogue. I did it first! I pioneered it."

"It all got eviscerated because of what happened," Weinstein told the outlet. "My work has been forgotten."

Weinstein underwent a spinal surgery last Thursday following injuries he sustained in an August car accident. The outlet explained that he agreed to the interview to prove he was not lying about his ailments.

According to the Post, Weinstein argued that he should not be defined by his alleged criminal acts.

"I want this city to recognize who I was instead of what I've became," he said.

On Jan. 6, Weinstein will go to trial for rape in Manhattan Supreme Court. The disgraced film executive faces up to life in prison for five counts of predatory sexual assault, rape and criminal sex act.

Weinstein previously pleaded not guilty to charges he raped a woman in a Manhattan hotel room in 2013 and performed a forcible sex act on another woman in 2006. He had been free on $1 million bail and maintains that any sexual activity was consensual.

Judge James Burke also warned the accused predator that his bail would be revoked and another warrant would be issued if another issue arises.

Meanwhile, Weinstein and his former studio, The Weinstein Company, reached a $25 million dollar civil settlement with more than 30 of his accusers, according to reports. He denied the opportunity to discuss the settlement or the claims against him in the interview.