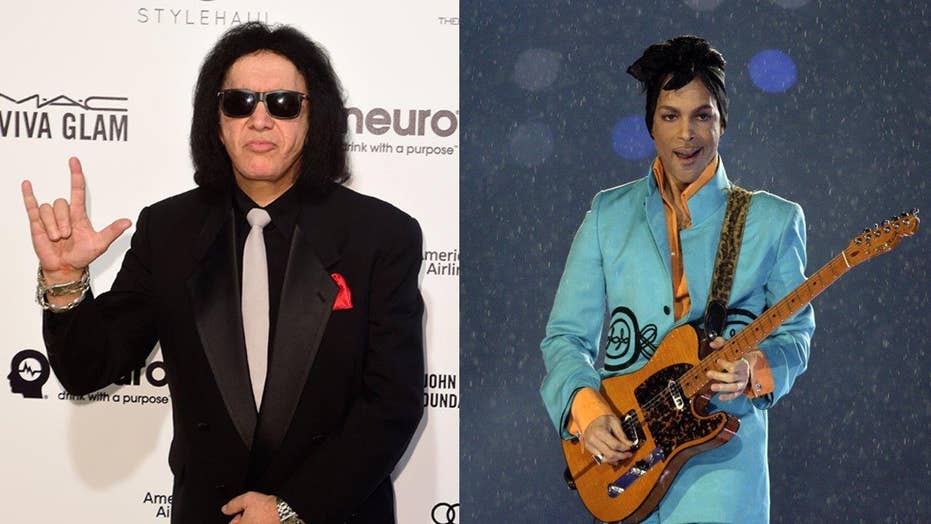 Fox 411: Kiss leader said Prince was one of best, but 'he killed himself' with drugs

Gene Simmons is opening up about the recent slew of high-profile deaths among musicians and the KISS frontman had some controversial words to share about Prince's untimely death in April.

"[David] Bowie was the most tragic of all because it was real sickness," Simmons recently told Newsweek, referring to the "Space Oddity" singer's death in January after a battle with cancer. "All the other ones were a choice."

WATCH: The Real Prince, According to Those Who Knew Him Best

When pressed about whether or not he thought Prince's death was "a choice," Simmons responded, "His drugs killed him. What do you think, he died from a cold?"

Prince, who had been suffering from "flu-like symptoms" days before his death, reportedly had Percocet in his system when his body was discovered at his Paisley Park recording complex on April 21. It's still unclear what role, if any, opioids played in the "Purple Rain" singer's death.

Simmons praised Prince's career and legacy, explaining, "I think Prince was heads, hands and feet above all the rest of them. I thought he left [Michael] Jackson in the dust. Prince was way beyond that."

However, the long-time rock star said he thinks it's "pathetic that he killed himself."

"Don’t kid yourself, that’s what he did. Slowly, I’ll grant you... but that’s what drugs and alcohol is: a slow death," Simmons added.

Simmons, who went on to claim "I've never been high or drunk in my life," said that Prince's death will only add to his indelible mark on music in the eyes of his fans. "Your legacy becomes even bigger, you become more iconic, if you die before your time," Simmons said.