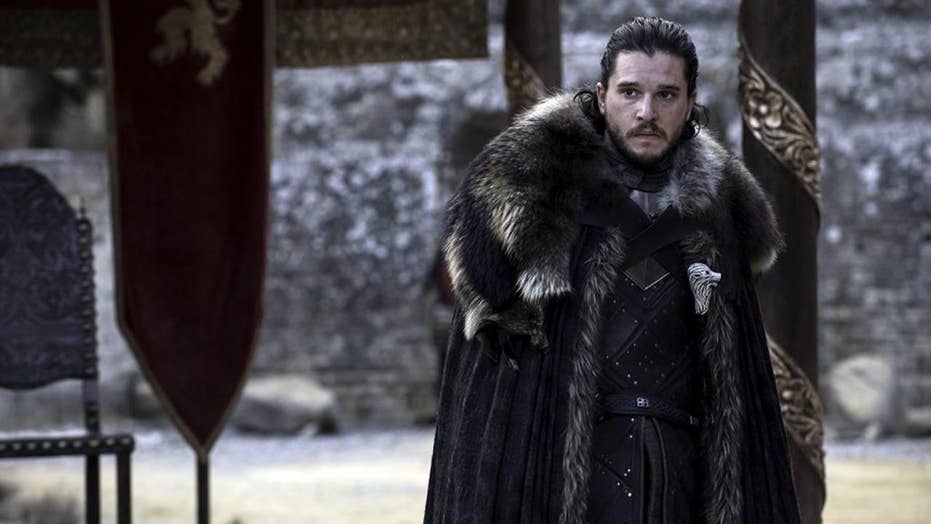 The dating website OkCupid is offering singles who watch 'Game of Thrones' the chance to find a romantic mate who shares their obsession.

Playing the beloved “Game of Thrones” character Jon Snow may have propelled Kit Harington to fame, but the actor recently revealed he’s ready to take a break from the serious warrior-type.

“I don't want to try and repeat Jon Snow,” Harington told Harper’s Bazaar, adding if he were to take on another fantasy-like role “it'd have to be the right thing.”

“But you're an actor to kind of step in and out of many different roles. I don't want to step back into the same thing,” he said.

As for where he’s interested in taking his acting career next, the 32-year-old actor suggested: “Maybe something slightly lighter.”

“It's a very heavy, heavy show, heavy role,” he said of both "Thrones" and Jon Snow’s character. “So something which is a bit lighter, a bit funnier maybe. Other than that, I don't really know.”

Kit Harington arrives at the Game of Thrones Season Finale Premiere at the Waterfront Hall on April 12, 2019 in Belfast, UK. (Getty)

Harington wasn’t afraid to put his comedy skills to the test when he hosted NBC’s “Saturday Night Live” in early April, just ahead of the airing of the final season of the HBO hit series. During the appearance, fans were quick to notice the actor shaved off his signature beard and cut his luscious locks — a move that shocked and upset many and even lead some to beg the actor to "grow back" the beard, in particular.

Harington addressed his new look when speaking with Harper’s Bazaar, explaining shaving his beard and cutting his hair was a step that helped him to transition into life post “Thrones.”

“That [hair] was my 20s, and I've got to move into a different chapter. Part of that is your appearance and what you put out to the world,” he said.

But moving past the long-running series doesn't mean the actor isn’t nostalgic. In fact, he told the magazine he hopes to one day have his costume as a souvenir — though he isn’t “allowed” to have it at the present moment.

“I mean, they're all boxed and museum-ed. I hope one day, one day when everyone's forgotten about “Thrones,” I might get to buy my costume back or something.”