The “Desperate Housewives” alum, who has seemingly been putting her involvement in the infamous 2019 college admissions scandal behind her, is “hopeful” she can get back into the mix “early next year,” according to Entertainment Tonight.

“Like everyone else, Felicity is staying home with her family and quarantining,” an insider told the outlet on Monday. “She continues to be very involved with the charities involving prison reform and The Teen Project.

"Once COVID settles, and as she has said in the past, she will continue the work past the completion of her community service hours. Felicity is also hopeful that she’ll be able to return to acting early next year," the source added.

The 57-year-old served 11 days in prison for her role in the national scandal that exposed the actress and others' illegal schemes of buying their kids’ admission into some of the country's most prestigious high-education institutions.

Huffman pleaded guilty in May 2019 to one count of conspiracy to commit mail fraud and honest services mail fraud. She confessed to paying an admissions consultant $15,000 to have a proctor correct her older daughter Sophia's answers on the SAT.

Huffman seems to be well on her way to wiping her hands of the looming case, unlike actress Lori Loughlin and Loughlin’s husband, fashion designer Mossimo Giannulli, who previously pleaded not guilty to expanded charges of bribery brought against them in October along with 11 other parents swept up in the scandal. 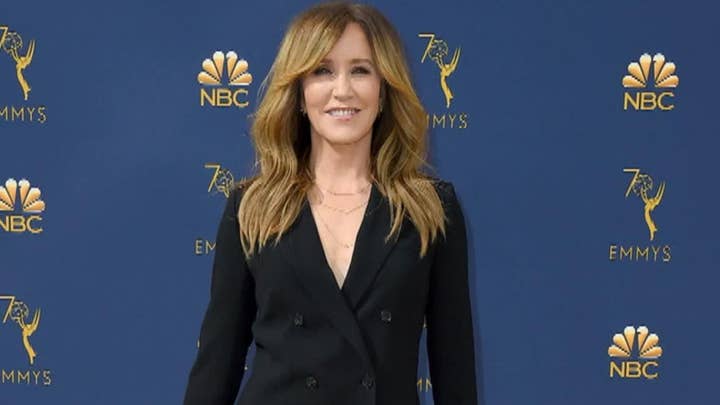 The duo has been accused of arranging a total collective payment of $500,000 to Singer to get their daughters recruited to USC as athletes on the crew team, despite never having participated in the sport.

As for Huffman, in addition to serving time in prison, she also received one year of probation, was ordered to complete 250 hours of community service and had to pay a $30,000 fine.

Huffman’s latest effort, a movie titled “Tammy’s Always Dying,” which was filmed in 2018 before the admissions scandal, is scheduled to be released on May 1.