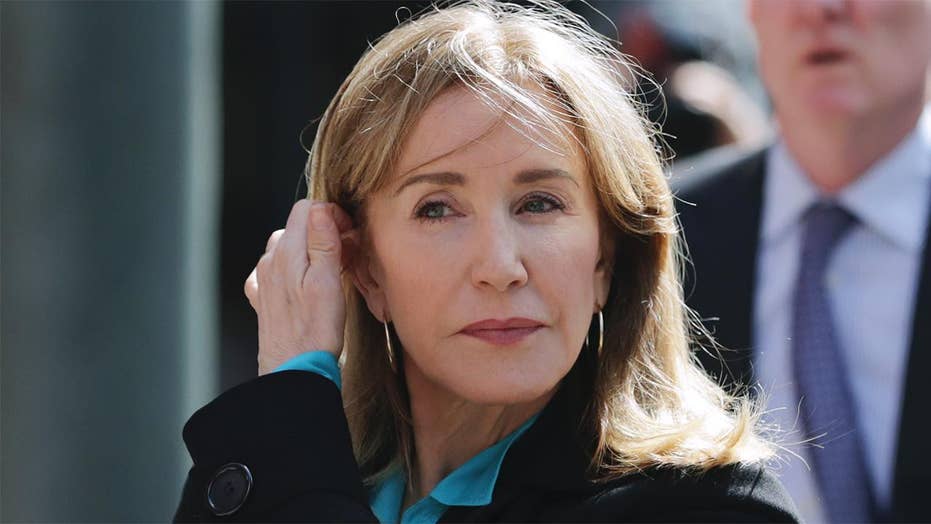 Felicity Huffman's youngest daughter is heading to college after the admissions scandal sent the actress to prison.

Huffman and William H. Macy's 17-year-old daughter Georgia updated her Instagram bio to announce she will be attending Vassar College next year.

The college is located in Poughkeepsie, N.Y. -- the opposite side of the country from her parents' Hollywood Hills, Calif., mansion. According to the school's website, tuition, including room and board, is $72,990 per year.

Lori Loughlin and husband Mossimo Giannulli leave the John Joseph Moakley United States Courthouse in Boston on Aug. 27, 2019. The couple appeared in Boston federal court to settle a dispute over their choice of lawyers in a sweeping college admissions bribery case.  (Getty)

Meanwhile, actress Lori Loughlin and her fashion designer husband Mossimo Giannulli have been accused of arranging a total of $500,000 payment to scam mastermind William "Rick" Singer to get their daughters recruited to the University of Southern California as alleged athletes on the crew team. The girls never participated in the sport.

Loughlin and her husband pleaded not guilty to charges in the college admissions scandal. There are 11 parents accused of bribery.