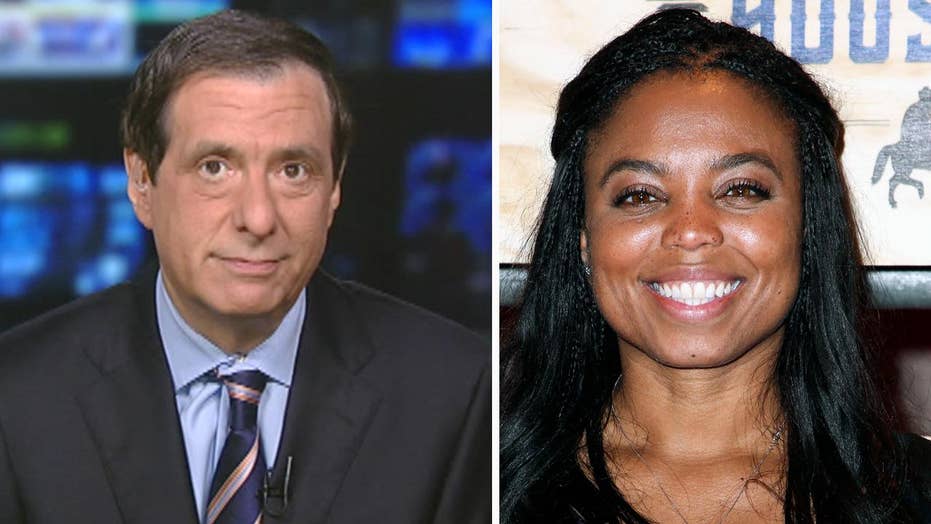 Kurtz: Why sportscasters should stay out of politics

The ongoing controversy surrounding ESPN host Jemele Hill calling President Trump a “white supremacist” continues to build, with the network in “crisis mode” according to a new report.

Citing “four sources familiar with the situation,” the news website Think Progress reported that “a top executive at ESPN” told Hill to go home on Wednesday and she was spotted in the parking lot when production meetings for her show are typically occurring.

On Thursday, Think Progress reported that ESPN tried to replace Hill with another African-American host for her show on Wednesday evening. However, the network quickly denied the claim, telling media outlets it “never asked any other anchors to do last night’s show. Period.”

Think Progress fired back on Friday with a follow-up story reporting ESPN is in “crisis mode” and its statement was “highly misleading.”

According to the latest Think Progress report, Hill was sent home on Wednesday morning and her co-host, Michael Smith, refused to do the show without her. ESPN then reached out to several anchors to check their availability to host the edition of “SportsCenter” that is typically anchored by Hill and Smith – but eventually decided to let the show go on without sidelining Hill.

Think Progress says ESPN’s original statement “can be regarded as true, only if you accept the fine distinction between asking other anchors to ‘do last night’s show’ and asking the same anchors if they are available to do the show.”

An ESPN spokesman declined comment on the report when reached by Fox News.

The turmoil started earlier this week when Hill, an outspoken liberal, tweeted anti-Trump rhetoric that has been a hot topic at back-to-back White House Press briefings.

"Donald Trump is a white supremacist who has surrounded himself with other white supremacists," Hill wrote. She called him "the most ignorant, offensive president of my lifetime." She also called Trump a "bigot," and "unqualified and unfit to be president." She even added: "If he were not white, he never would have been elected."

On Friday, Press Secretary Sarah Sanders reiterated that she thinks Hill’s comments are a “fireable offense” but made it clear that it’s her job to make that type of decision. Trump himself even chimed in on Friday morning, mocking ESPN on Twitter and asking for an apology.

“ESPN is paying a really big price for its politics (and bad programming). People are dumping it in RECORD numbers,” Trump wrote. “Apologize for untruth!”

Meanwhile, Hill has tweeted that she regrets painting ESPN in an “unfair light” but stands by her comments about the president – which have not been deleted. She has refused to apologize, according to Fox News’ Howard Kurtz.