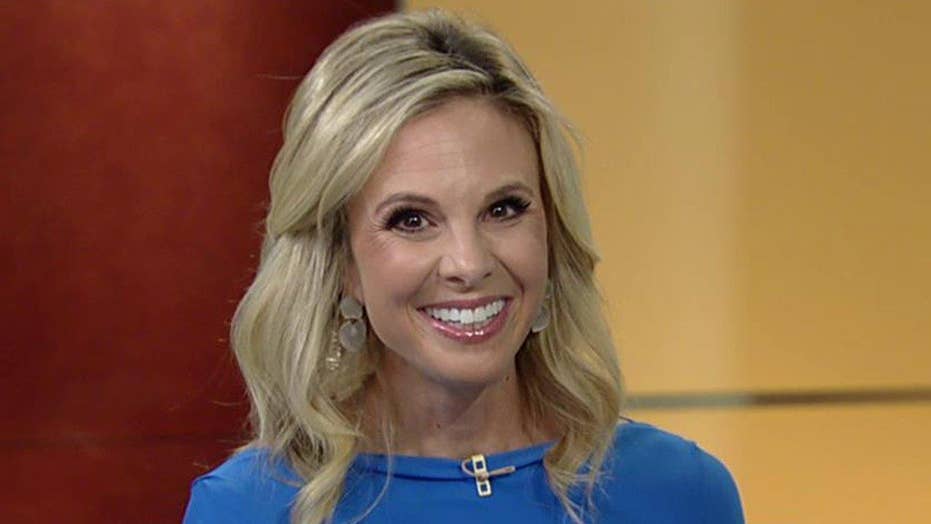 Co-host will step down to focus on her family

A teary Elisabeth Hasselbeck addressed the “Fox & Friends” audience Tuesday morning after she announced Monday that she will step down from her role on the show at the end of the year, putting her television career on hold while she raises her three children.

“I am taking a new position as CBO -- chief breakfast officer -- at our house with the kids, and that does mean that in about a month, I’ll be leaving my FOX News family,” she said on air, explaining she needs to spend her mornings at home. “I’m in a season where the kids need the best of me, not the rest of me.”

Hasselbeck noted several times that her decision was not an easy one, but she said she feels “the peace of God” about it.

“This is a really, really hard decision but I know it is the right one and I thank you all at home for understanding,” she said in her emotional address.

A variety of rotating co-hosts will take Hasselbeck’s seat until a replacement is named.

“Oftentimes, the most difficult decisions are between two great things,” Hasselbeck said in a statement she released Monday. “Throughout my 14 years working in television, I have never experienced a more positive and thoughtful atmosphere than FOX News Channel, thanks to the strong leadership of (FOX News Chairman & CEO) Roger Ailes, who has created the best working environment a woman and mother could ask for."

In commenting on her announcement, Ailes said: “Elisabeth and I discussed this at length over several weeks, and while I would love for her to continue here, I respect her incredibly difficult, yet deeply personal decision. She has been a great addition to the 'Fox & Friends' franchise.”

Since September 2013, Hasselbeck has been a co-host on the number one rated cable news morning program, alongside Steve Doocy and Brian Kilmeade. During her tenure at FNC, "Fox & Friends" continued to eclipse the cable news competition in total viewers and adults in the 25-54 demographic, and remained number one in basic cable during its 6-9 a.m. time slot.

Prior to joining FNC, Hasselbeck spent nearly a decade at "The View," the ABC daytime talk show. She had also served as a contributor to ABC’s "Good Morning America." Additionally, Hasselbeck was a keynote speaker at the Republican National Convention in both 2004 and 2008, and has interviewed Presidents George W. Bush, Bill Clinton and Barack Obama. She is the author of two New York Times bestsellers, “The G-Free Diet” and the cookbook “Deliciously G-Free.”