Stephen Baldwin predicts brother Alec Baldwin will be voting for Trump for reelection after he get his "new tax cut." (Reuters)

It's shaping up to be another interesting Christmas for the Baldwin family.

Stephen Baldwin is predicting that older brother Alec Baldwin -- impersonator and vocal critic of Donald Trump -- will be voting to reelect the president.

Stephen, an avid Trump supporter, told Hollywood Reporter he believes his brother will be voting for Trump after the actor receives “this new tax cut” from the GOP tax bill that is expected to pass on Wednesday.

“I’m calling it now: With the amount of money Alec is going to make with this new tax cut, I bet he votes for Trump for re-election. Just saying!” the 51-year-old actor said.

But Stephen may just have to text Alec, 59, his prediction, because he also revealed he hasn’t spoken to his brother, infamous for his impersonation of the president on “Saturday Night Live,” since the surprise 2016 results came in. 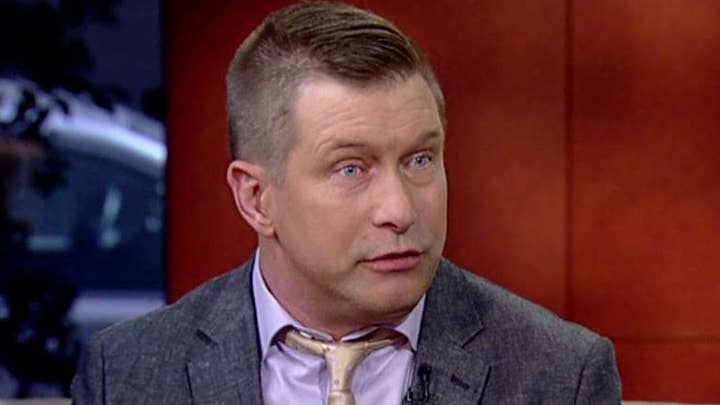 “I can’t get into it. I haven’t spoken to [Alec] since the election. That’s the truth,” Stephen said when asked about his brother’s Trump impression. “That is by his choice. We grew up in a dumb-jock, competitive, ‘Friday Night Lights’ kind of environment.”

Stephen said he is “absolutely” still a supporter of Trump because they are the “same kind of guy.” He added that he isn’t worried about being a vocal supporter of the president when most people in Hollywood criticize Trump.

“I’m a Baldwin brother, and that sends fear into anyone’s heart, instantly,” he said.