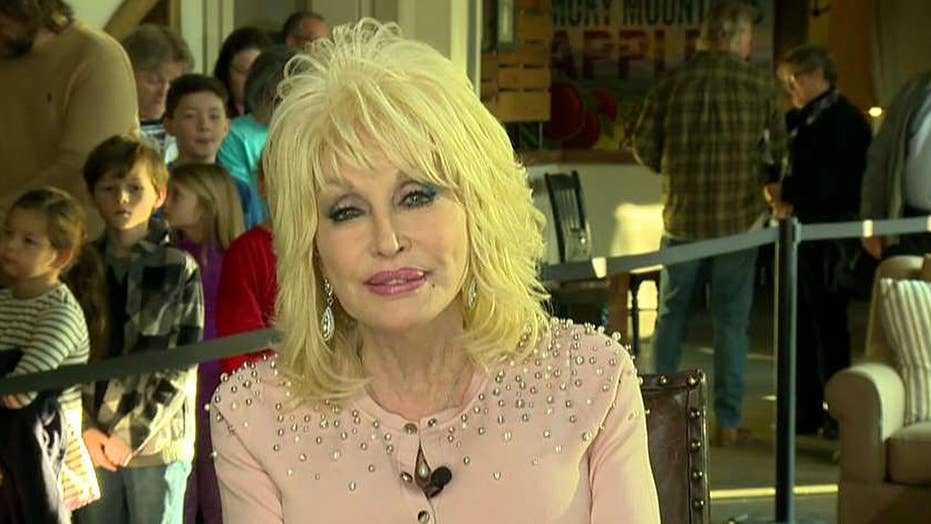 Dolly Parton made funnyman Jimmy Fallon so embarrased Friday, the “Tonight Show” host ended up hilarously crawling behind his desk.

The 72-year-old singing legend appeared on the late night show to promote the music she did for the upcoming Netflix original movie “Dumplin,” starring Jennifer Aniston. Parton explained she was approached by the former “Friends” star herself to write the original score.

That's when she shared her husband, Carl Thomas Dean, has a bit of a crush on Aniston and may have been angling for a wild night with the two celebrity women.

Fallon stopped her there by throwing his arms up in the air and stammering. Eventually, he pointed right to the camera and joked “go to bed Carl!”

Parton wasn’t done shocking the host there. She continued: “He can’t even get it out to pee, much less get it up for three.”

With that, Fallon fell to the floor and began to crawl behind his desk. He eventually composed himself as the crowd’s thunderous cheers died down.

You can watch the moment in question in the clip below: