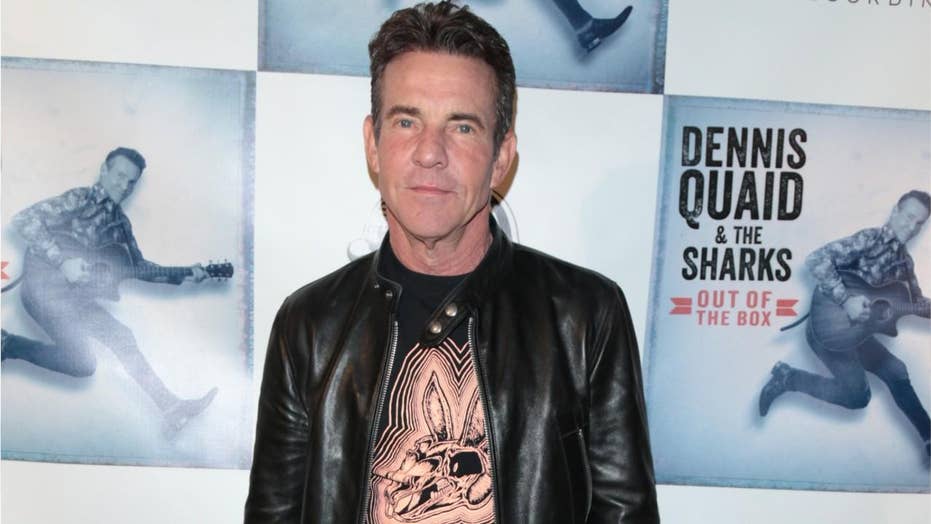 Dennis Quaid weighs in on ‘Baby, It’s Cold Outside’ controversy

Actor Dennis Quaid is weighing in on the ‘Baby It’s Cold Outside’ debate, saying ‘it’s going a little far.’

Dennis Quaid is set to sing in a new docudrama about freedom of speech and political censorship.

The 64-year-old actor, who released his first-ever studio album with his band The Sharks last month, will lend his rock song "Out of the Box" to the upcoming film "No Safe Spaces," according to the New York Post.

Per the outlet, the "Parent Trap" alum said he wanted to provide the tune to the film — created by comedian Adam Carolla and radio talk show host Dennis Prager — because Americans have gotten closed off to different points of view.

The “Fortitude” actor went on to explain that the song highlights “being open to other points of view and not mindlessly giving yourself over to an "ism."

“I don’t give myself to any party or ism," Quaid — who is an independent and set to star as President Ronald Reagan in a new movie — added. "I don’t march lock step with anything or anybody except for God and the values my mom taught me back in Texas."

“So if a president does great things I can acknowledge that no matter his party," he noted. "I’ve voted for candidates from both parties and I’m a registered independent.”