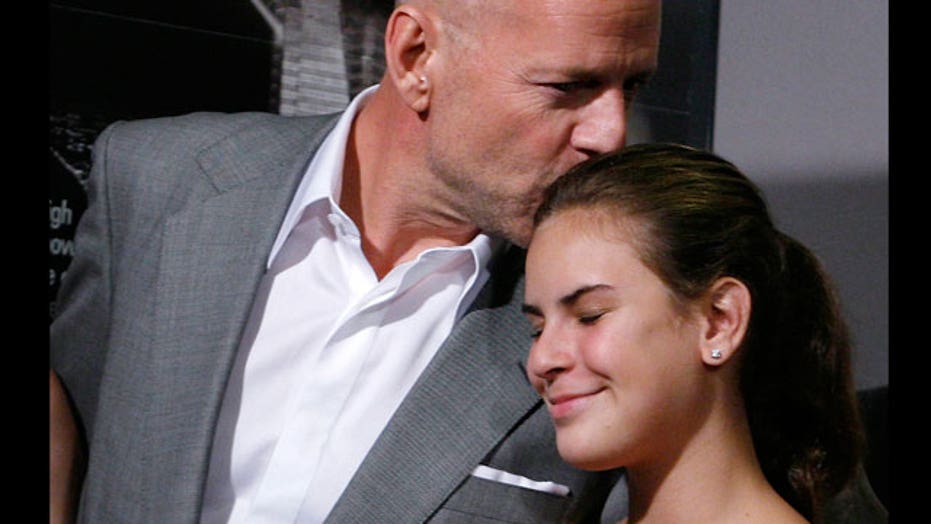 Tallulah Willis made the shocking revelation on Thursday that while she appeared to be her usual lively self in a video she first posted in December 2018, in reality, she was dealing with intense suicidal thoughts.

“We are not what we show,” she captioned a video of herself dancing vibrantly in a bright pink bikini, pink ball cap and black sunglasses in recognition of World Mental Health Day.

“When I filmed this video, I remember everyone telling me over and over how much they wished they had my energy, my freeness, a ownership of self,” the 25-year-old wrote. “When this video was filmed I was 3 months into the deepest suicidal hole I had ever been in.”

“We are not what we show. I’m not ready to share my story yet, but I’m with you, I see you, I am you, and I love you,” she continued.” Pain is pain. it’s different and enters each of our lives through a myriad of ways, but each electric stab or dull ache is real. The kind of pain that you can’t see, the pain that lives in the hallow space behind your throat.”

The daughter of Bruce Willis and Demi Moore, Willis’ message came on the heels of Moore’s telling memoir “Inside Out,” in which the actress revealed candid details from her life and previous relationships. Willis said she is “scared” of her brain and the capacity for pain it has and will continue to bear.”

“My fight is daily and for the duration of my life and each day I choose to find the glowed moments, a thefted giggle, or true peaceful pause, I know I was brave that day,” she said.

“I like to be better with words, as an armor and a way to help my brain comprehend my feelings and my ego is grumbling that this is a s--t ode to something that lives so close to my heart, but my ego can eat a bag of d—ks.”

Concluded the artist: “I have a great ole bunch of acronyms that explain my diagnosis, and slowly they are no longer scary to me. Try try TRY to be sweet to yourself, find every little bean of love you can and absorb it.”

Willis has been outspoken in the past about her bouts with depression and some of the issues she has dealt with since she was a child.

“I haven’t felt OK with who I am since I was 11 years old,” she told Teen Vogue in 2015. “Suddenly, I didn’t think I deserved what I had grown up with, and I remember thinking I couldn’t have problems, so I kept everything bottled up inside.”

In 2014, Talullah revealed she suffered from body dysmorphia and once dropped down to only 95 pounds after she became consumed by the tabloids.