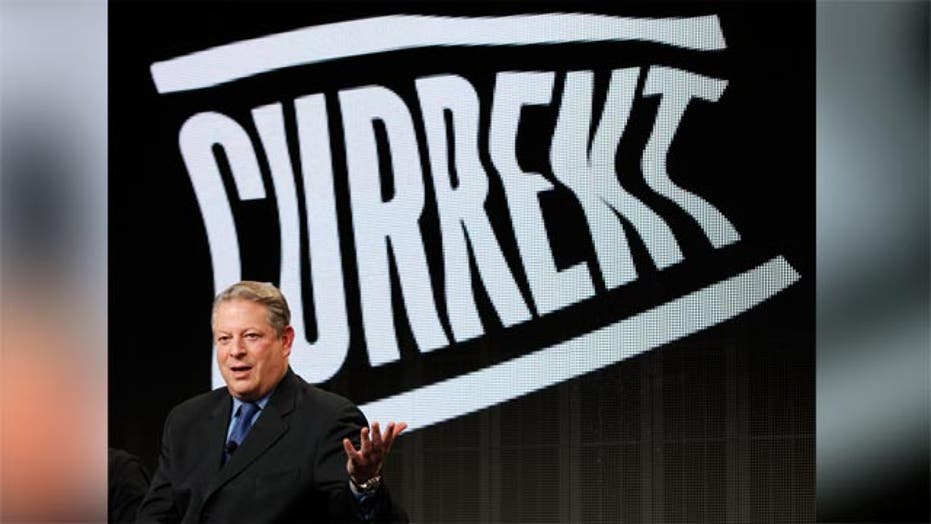 Why timing of sale is significant

Monday morning, the still shell shocked staff at Current TV was called to an all hands staff meeting at its San Francisco headquarters, which was teleconferenced to their offices in LA and NYC, to meet their new bosses, The Post reports.

That would be two of Al Jazeera’s top guys: Ehab Al Shihabi, executive director of international operations, and Muftah AlSuwaidan, general manager of the London bureau.

Ominously missing was the creator of Current, the self proclaimed inventor of the Internet and savior of clean energy, Al Gore, although his partner, Joel Hyatt, stood proudly with the Al Jazeera honchos.

“Of course Al didn’t show up,” said one high placed Current staffer. “He has no credibility. He’s supposed to be the face of clean energy and just sold [the channel] to very big oil, the emir of Qatar! Current never even took big oil advertising—and Al Gore, that bulls---ter sells to the emir?”

The displeasure with Gore among the staff was thick enough to cut with a scimitar.

“We all know now that Al Gore is nothing but a bulls---ter,” said one staffer bluntly. “Al was always lecturing us about green. He kept his word about green all right—as in cold, hard cash!”