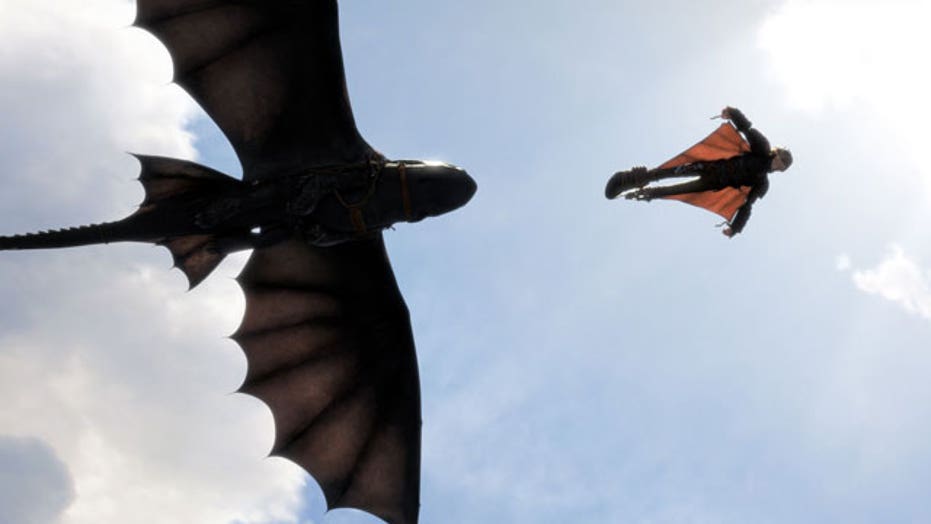 'How to Train Your Dragon 2' is a fun, old-school adventure

The news that Comcast yesterday characterized as a mere “rumor” is now official: The cable giant says it will pay $41 a share in cash for DreamWorks Animation shares.

That gives DWA an equity value of $3.8 billion. With debt,it would come to $4.1 billion — theoretically making this deal slightly bigger than Disney’s acquisitions of Marvel and Lucasfilms.

The companies expect ths deal to close by year end. If antitrust officials block the acquisition, then Comcast may have to pay the studio a $200 million break up fee.

DWA chief Jeffrey Katzenberg will remain as Chairman of DreamWorks New Media, to include interests in Awesomeness TV and NOVA. He’ll also consult with NBCUniversal.

NBCU chief Steve Burke says that DWA “will help us grow our film, television, theme parks and consumer products businesses for years to come. We have enjoyed extraordinary success over the last six years in animation with the emergence of Illumination Entertainment and its brilliant team at Illumination Mac Guff studio. The prospects for our future together are tremendous. We are fortunate to have Illumination founder Chris Meledandri to help guide the growth of the DreamWorks Animation business in the future.”

Katzenberg calls NBCU “the perfect home for our company.” The $41 a share price represents a 27 percent premium over yesterday’s closing price for DWA and “delivers significant value for our shareholders.”

Comcast can easily afford DWA: It had more than $5.6 billion in cash at the end of March, the company reported yesterday. The purchase price is justified, the cable company says, for “an iconic business, with great assets, low capital intensity, and future growth.” It will not have to change its plan to repurchase $5 billion of its stock this year.

BTIG analyst Richard Greenfield opposed a Comcast-DWA deal in a note this morning that argues the studio is overvalued.

Although the cable giant can afford it, “would show a lack of financial discipline that should concern investors. While [Comcast CEO] Brian Roberts has long had ‘mouse envy’ buying DWA will not transform NBC Universal into Disney.”