CNN anchor Chris Cuomo, often known for challenging President Trump and his associates, pointed out on Tuesday that Democrats aren't pulling in the same crowd sizes as the president.

"Why don't the Democrats pack the stadiums the way the president does?" Cuomo asked Sen. Amy Klobuchar, D-Minn., who is vying to challenge Trump in 2020.

"I am not one bit worried about the excitement on our side," she said. Klobuchar argued that Democrats did, in fact, attract large crowd sizes but "we just have a lot of stadiums we're packing at the same time with so many people running."

That prompted a frown from Cuomo who said that he disagreed with the senator. "I don't think they're packing crowds in any place the way he is," he said. "And size does matter."

His comments came on the same night that Trump drew a massive crowd for his re-election rally in Orlando, Florida.  Some Trump supporters even arrived 40 hours in advance, lining up for a chance to see Trump at the rally. 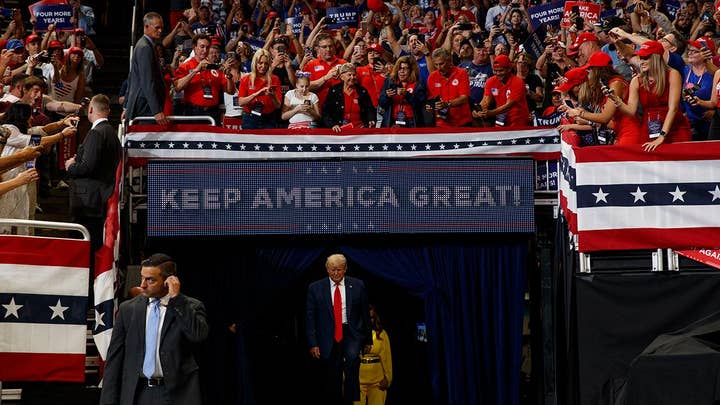 Fox News producers also reported that Trump appeared to fill the Orlando Amway Center which holds about 20,000 people. That would have dwarfed former President Barack Obama's crowd size of 14,000 during his reelection announcement in 2012. In less than 24 hours after Trump's re-election announcement, he also raised a record $24.8 million.

Cuomo, on Tuesday, seemed to refine his point on the importance of size. "Size does matter. But we have to look at what matters about the size," he said.

He also knocked Trump's "America First" slogan, arguing that it was "equally stained" as the term "concentration camps" -- a label Rep. Alexandria Ocasio-Cortez, D-N.Y., to describe migrant centers on the border.